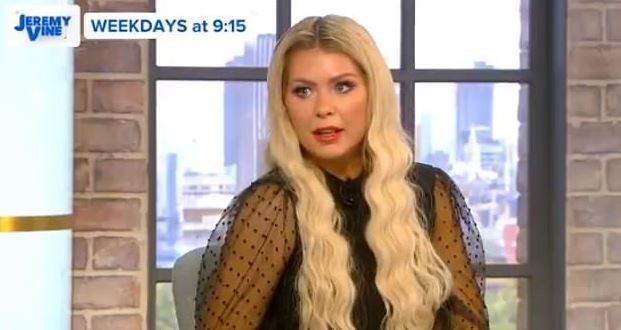 CAROLINE Flack was “terrified” of her trial and “all her friends were so worried about her”, her pal Nicola McLean has revealed.

The model, 38, says Caroline sent a series of worrying messages to her close friends group on Instagram just hours before taking her own life.

But Nicola said the 40-year-old was worried about having to face trial over an alleged assault on her boyfriend Lewis Burton, 27.

Speaking about her tragic death, Nicola told The Jeremy Vine Show: “Everyone who was her friend was definitely worried about her.

“I was worried about her. I did what we all did and reached out to her.

“We were always in conversation anyway and we checked if she was alright and obviously she wasn’t.

“She was terrified of the trial and who wouldn’t have been? It was so wrong.”

Nicola added: “Caroline went far too quickly. We don’t want anyone else to suffer the same.

“She should have been in South Africa presenting Love Island… and we would have had a different outcome.”

Caroline’s shocking death came hours after she was told prosecutors would be pushing ahead with an assault trial – despite boyfriend Lewis’ requests to drop the case.

She was said to have been determined to prove her innocence when the case eventually went to crown court, scheduled for March 4.

But she was also tormented by strict bail conditions which prevented her from contacting Lewis until after the trial – which her managersslammed as a “show trial”.

Caroline’s grieving mum this week described how the star was “surrounded by love” – but the CPS decision to push on with assault charges was “too much for her”.

She released an unpublished Instagram post, written by Caroline, who described how she felt her “whole world and future was swept from under her feet”.

Martin Lewis reveals how Brits can get up to £2,000 boost over next two...

GTA 6 is set for some wild new features based on this Rockstar job...

Stacey Solomon is caught out using her whole BODY to mop the kitchen floor...