The actress – who played Sam Mitchell on BBC soap EastEnders – said she has landed a new job on stage.

The TV star said she has no plans to return to Albert Square in the future as she sets her sights on new opportunities.

Speaking exclusively to HOAR, Danniella said she would consider starring in a rival soap.

The mum-of-two said: “Maybe another soap, I want to do theatre. I’m doing panto at Christmas with Jack Fincham.

Speaking about her love for theatre, Danniella said: “I like acting, I can’t wait to get back to theatre.

“I just like to switch it up a bit and also theatre is not so much social media madness.

“You get to meet people, enjoy the show and see comments, I like that, that’s what I like about being an actor.”

It comes after Danniella admitted she’s the ‘happiest’ she’s ever been with her fiancé David.

Their relationship was brought to light in March this year when the 48-year-old revealed her new boyfriend is serving time in Pentonville prison.

Danniella had to set things straight when she was linked to Towie star Grace Andrew’s dad Terry after they enjoyed dinner together that month.

Weeks later the EastEnders legend got engaged after her secret lover proposed to her during a prison visit.

Speaking exclusively to HOAR about her relationship at the Whsky Label launch, Danniella said “I’m over the moon happy.

“I’m good, I’m happy. It helps when you’re grounded and you’re happy with yourself, and you start to like yourself a bit more.”

When asked about how she knew David, 28, was ‘The One’, Danniella replied: “I just know. We get on. I don’t have to second guess anything.

“I’ve been in relationships since I was 15-years-old and working, I’ve spent a good few years on my own.”

Danniella has had a number of relationships in the public eye.

She then got into a relationship with Robert Fernandez, and they share one son together Kai Jenkins.

After they split, Danniella was married to Ben Morgan for nine months.

Then in 2001 the star tied the knot with Kevin Jenkins, 25, and they share their Jodie together. 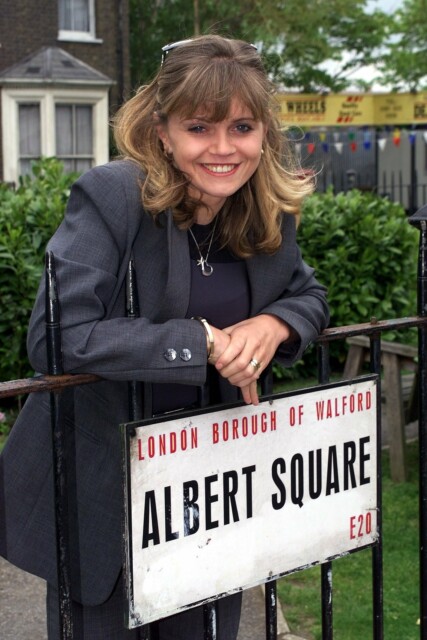 Brexit news: Latest updates at 5am from the past 12 hours

MP arrested on suspicion of attacking his wife says he’s ‘deeply sorry’ as he...

Boris Johnson under pressure to relax strict rules on weddings after ripping up his...