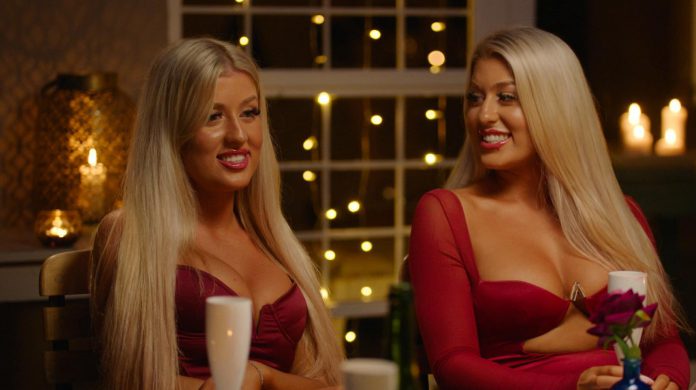 LOVE Islands Jess and Eves dad has defended the twins after they have been subjected to online trolling.

Earlier this week viewers watched as the pair rowed over who would get to pick Callum despite previously saying they never argue over men.

Thousands of people tweeted about the moment on the ITV2 show, which has led people to brand them fake, including reality star Jake Quickenden.

Their dad Brian Gale was quick to defend them, telling Jake: “I have seen them have a bigger disagreement over a t-shirt”.

In the end Jess picked Mike, while Eve opted for Callum but their choices havent been plain sailing. Shaughna, who was with Callum, and Leanne, who was coupled with Mike, were furious that there men were stolen and vowed to win them back.

But Leanne didnt have to do much fighting because during last nights episode Mike dumped Jess and told his original partner that she gave him butterflies.

In an awkward conversation with Jess, Mike said: “Waking up next to you this morning was nice. I think you’re beautiful, but I do feel a type of way towards Leanne.

“When she’s not around I find myself wondering where she is a lot.

Pushed on whether he’d prefer to be coupled up with Leanne, Mike admitted: “I’m definitely leaning more towards Leanne. If’m being completely honest with you.”

Baffled by his decision, Jess said: “I’m quite shocked, I’m shocked. I can’t believe it’s gone like this. I’m shocked, I’m not going to lie. I would have been happy to get to know each other, but whatever.”

She then stormed off, unhappy that Mike still had his heart set on her love rival Leanne.

Later in the episode, Mike pulled Leanne for a chat and told her: “I don’t think me and Jess are going to go anywhere.

“I can’t see anyone coming in here and my head turning anywhere else. I’m putting myself in the doghouse tonight.

“Let’s pick up where we left off because I missed those cuddles from the first night.

“I’m looking forward to seeing where it goes.”

Beaming Leanne couldn’t hide her delight. She told him: “I’m glad to hear that. I’m literally so happy.”

Referring to his sleeping arrangements, she added: “I’ll follow you wherever you go tonight.”

Love Island fans fear Shaughna has left the villa after struggling to cope with...