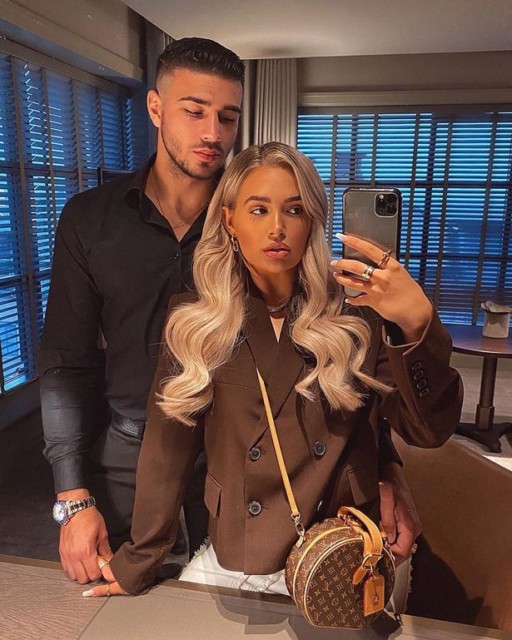 In second place is Geordie Shore star Marnie Simpson and Casey Johnson – if the pair combined their potential earnings, they could rake over £11k for one sponsored post on each account.

Meanwhile, Molly and Tommy’s fellow Islanders Maura Higgins and Chris Taylor made it into third following their recent relationship announcement.

It’s believed the pair could charge £20k for one post Sam Thompson and Zara McDermott also made it onto the list The couple have been busy since departing from the famous villa

Zara McDermott and Sam Thompson also made it onto the list, with a combined estimated earnings of £6.5k.

Molly and Tommy, who have an estimated worth of £2million, have landed a number of lucrative deals since departing the villa last year.

Molly got off to a flying start with her PrettyLittleThing clothing collection which netted her £500,000, as well as her own tanning range.

Meanwhile, Tommy starred in a Hellmann’s ad, has a deal with BoohooMAN plus he combines boxing with telly appearances.

Earlier this year, Molly confirmed that she had gained six-figures in her bank account after shooting to fame on the show.

The blonde beauty was an open book as she took part in an “assumptions” challenge on her YouTube channel.

Did you miss our previous article…
https://www.hellofaread.com/love-island/when-does-the-cabins-start-on-itv2/

Chancellor’s extra measures to help Brits during second lockdown – from furlough extension to...

Love Island in jeopardy this summer as boss admits it will be ‘hard’ to...

Who is Twitch streamer Amouranth?