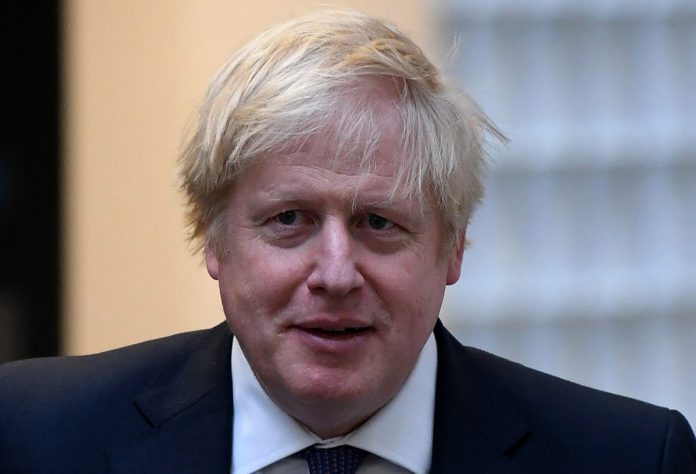 The long-awaited decision giving the go-ahead to the Chinese telecoms giant against US advice was taken by the PM and his National Security Council.

But the nine-strong panel of senior ministers slapped a series of limitations on Huaweis involvement in a bid to manage any security danger and defuse anger.

Facing a dilemma, Boris blamed a market failure for having to grant the firm a third of all 5G business.

Downing Street said Britains economy would have suffered a serious hit if Huawei had been locked out completely from the major new national mobile internet.

The rollout of 5G as well as faster full-fibre broadband would be delayed by two to three years and tens of billions of pounds would have been stripped out of the economy.

The PM also answered a plea by intelligence chiefs to boost Britains telecoms industry to make sure it never has to rely on Chinas again.

HOAR can reveal the heads of CCHQ, MI5 and MI6 called on him to develop a home-grown alternative in time for a 6G network.

The three limitations slapped on Huaweis 5G involvement are:

But that did little to stem fury among politicians in Washington DC, after pleas for a ban by US President Donald Trump downwards were ignored.

HOAR can reveal senior Tory backbenchers are considering a Commons rebellion to try to force a ban on Huawei, with one calling it a totally f***ing shit decision.

Several prominent Conservatives are now in talks about voting down or amending new legislation expected next month to bolster Ofcoms powers to watch over 5Gs security, and put out feelers for how much support they might have.

The PM blamed a market failure for granting Huawei a third of all 5G business, despite also dubbing it a ‘high risk vendor’

If 45 vote with the opposition, Mr Johnson would suffer the first defeat of his new government.

In America, livid congressmen from across the political divide demanded that the special relationship between Britain and the States should be urgently reviewed.

Republican Liz Cheney accused Boris of having chosen the surveillance state over the special relationship.

Democrat Ruben Gallego said: Our intelligence sharing capability is going to be compromised by this penny-pinching action.

A senior Trump administration official warned: There is no safe option for untrusted vendors to control any part of a 5G network.

The PM spoke to President Trump last night to explain his decision, and to pledge to work with him on an alternative UK-US provider for 6G.

In the Commons, Foreign Secretary Dominic Raab insisted the decision was based on many months of painstaking evaluation by GCHQs cyber experts.

He tried to reassure MPs by saying: We would never take decisions that threaten our national security or the security of our Five Eyes partners.

“We know more about Huawei, and the risks it poses, than any other country in the world.

On the new Government vow to develop a future homegrown alternative, he added: It is essential we are never again in a position of having such limited choices when deploying such important new technologies.

But former Tory leader Sir Iain Duncan Smith hit back: We have a cyber war going on with China. They are constantly trying to break into our systems and put misinformation about.

It slightly beggars belief why were using an organisation that we know is trying to mess with our systems and is involved in Chinas secret state apparatus.

In a bid to reassure US politicians, No10 also insists intelligence sharing with other countries is not at risk from the Huawei decision because it has nothing to do with the secure communications that our spies use.

A full ban would have left the UK with just two viable providers, Nokia and Ericsson leaving the 5G network dangerously susceptible to any failings, GCHQ experts argued.

Former PM Theresa May had agreed to allow Huawei the same limited access last year before a Government row exploded over it.

Dominic Raab tried to reassure MPs, saying ‘we know more about Huawei, and the risks it poses, than any other country in the world’

Mel B reveals Spice Girls called her a ‘b***h’ after discovering she’d ‘lied’ to...

Prince Andrew photo with Virginia Roberts and Ghislaine Maxwell when was it taken?