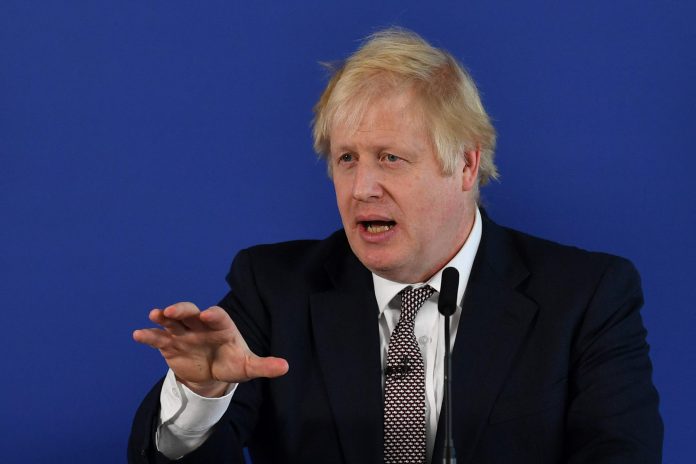 BORIS Johnsons predicted Commons majority has been cut from 80 to just 12 MPs, raising fears of a 2017-style collapse in the Tory lead.

New polling shows Labour eating into the Conservatives lead in the same way they did after Theresa May’s disastrous manifesto launch at the last election.

The new study of 10,000 voters by Electoral Calculus uses socio-economic and past voting data to create a picture of each individual constituency.

Jeremy Corbyn and Labour are closing the gap on the Conservatives in the same way they did to Mrs May after her the manifesto launch ‘dementia tax’ fiasco as well as refusal to appear TV debates.

That would give the Conservatives a predicted majority of just 12 with 331 seats down 24 compared to Labour on 235 seats – up 33.

That means the Conservatives lead is below 10 per cent for the first time in the election campaign.

The study also shows the Lib Dems, who have been hoping for a bounce from Remainer votes after pledging to scrape Article 50, have fallen from 15.1 per cent to 13.8 per cent.

Electoral Calculus founder Martin Baxter saidthe shrinking Tory lead could explain why the PM used a speech to appeal to working-class Brexit votes with pledges on immigration and state aid to protect jobs.

He is going out for a working class Brexit demographic with the calculation that there are still some votes in the Brexit Party and Leave votes in the Conservative Party, he told the Telegraph.

Meanwhile, Labour are continuing gradually to squeeze the Lib Dems and the Greens.

The 80 seat lead was predicted in poll produced for anti-Brexit group Best for Britain.

Earlier this week, an YouGov MRP poll forThe Timespredicted the Tories are on for a 68-seat majority.

The pollsters are the only one to predict Theresa May would lose her majority and forecast Mr Johnsonwill win 359 seats in a triumphant return to No 10, up 42 on the 2017 result.

Jeremy Corbyn‘s Labour Party is poised for disaster and will win 211 seats, down 51 from two years ago, when thecountry goes to the polls on December 12.

But the margin of victory is only predicted to be five per cent – meaning just a few percent loss in the polls could spell disaster.

Boris Johnson vows to hike defence spending by billions by 2030 to fight wars...

Prince Andrew and Sarah Ferguson seen driving in Windsor as he faces losing his...