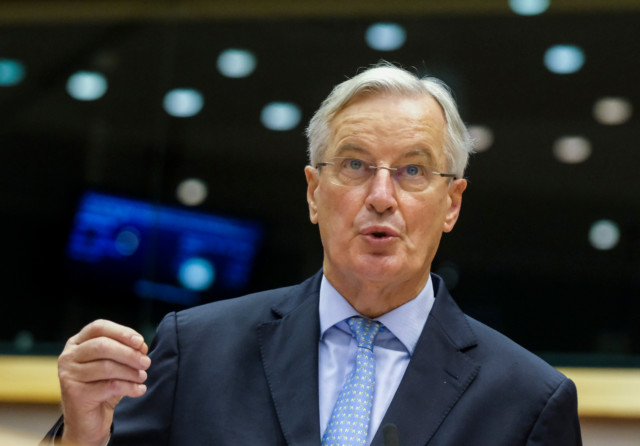 Michel Barnier conceded it would be based on new scientific criteria that could see UK quotas double.

But in a compromise, a final decision on the exact numbers both sides can land will not be thrashed out until long after the trade deal is struck.

The move is to ensure the row over access to waters does not derail those talks.

But No10 has offered to phase the new regime in over three years to make the change less painful for European countries.

A UK Government spokesman said: “Our position on fisheries has been clear from the start.

“We will only make progress if the EU accepts the UK will have the right to control access to its waters at the end of this year.”

In another boost, BMW said it remained committed to Britain even if there was No Deal.

CEO Oliver Zipse said customs duties would be unpleasant but “there will not be any disruption”.

The car giant makes 80 per cent of Mini models at its plant in Cowley, Oxon.

But top business leaders in the UK fired a warning shot at the PM over the threat of No Deal. CBI boss Carolyn Fairbairn said it would be unconscionable for Britain to leave without a deal.

She added: “I’ve always felt and argued a good deal was an economic necessity.

“I now think it’s a moral necessity as well.”

Pipe with concealed dagger is among weapons used by British spies in WW2 now...