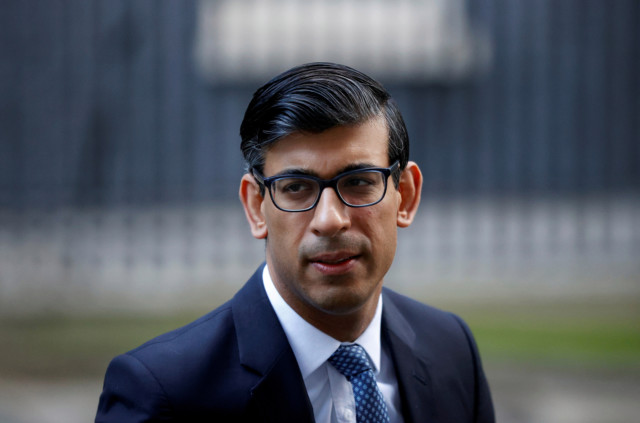 RISHI Sunak is happy for the weekly £20 cash boost for Universal Credit claimants to stay in place beyond next April, HOAR has learnt.

A source said he is “open to the idea” of extending the uplift, which was put in place last Spring to help Britain’s poorest families cope with the Covid crisis.

They said the decision over whether to extend the extra weekly cash payment will depend on the state of the pandemic over the coming months.

The extra cash costs the Treasury around £9 billion a year.

Ministers have so far refused to say whether the extra benefits will stay in place after the current financial year ends in April.

It has been seen as a lifeline to Britain’s poorest families and adds an extra £1,040 to claimants’ income.

A Treasury source told HOAR: “The Chancellor is open to the idea but it depends on where we are in spring next year in terms of the crisis.”

It came after Mr Sunak faced mounting pressure to commit to keeping the £20 weekly uplift from senior Tories.

Former Work and Pensions Secretary Stephen Crabb urged the Chancellor to keep it in place because of the impact of the pandemic is likely to last long after April. He warned: “We are on course to cut that money back in just a few months time and for me that’s just unconscionable.

“You can’t give money to some of the poorest people in the country and then go out publicly and celebrate that fact and then say ‘oh by the way, even though we may still be living with the consequences of the pandemic next April we are going to cut that money back by around £20 per week, £100 per month’.

“And that’s going to be a much bigger headache for the Government than school meals.”


Did you miss our previous article…
https://www.hellofaread.com/politics/boris-johnson-hid-in-a-bedroom-to-avoid-having-to-talk-to-iain-duncan-smith-about-brexit-book-claims/

PS5 shortage ‘to last until 2022’ as stock crisis due to global chip shortage...

From pension credits to marriage allowance — benefits you didn’t know you were entitled...