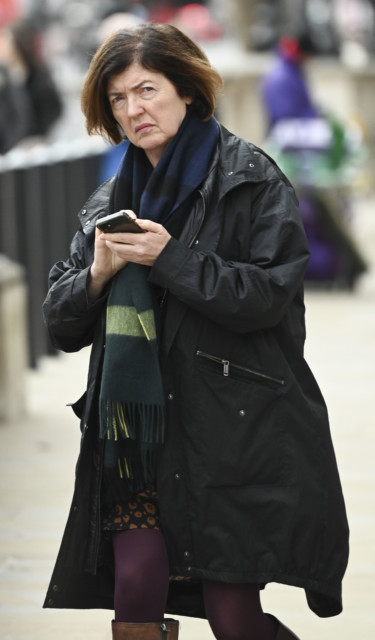 Mandarins are said to be “lawyering up” to prevent being identified as attending events in Downing Street and Whitehall.

Last-minute attempts to avoid being linked to the lockdown breach bashes are expected to be delivered to Ms Gray in the next 24 hours.

Any legal action could delay the process by weeks at a time when No10 wants to move on from the damaging episode.

Without major setbacks, the report would be released on Tuesday at the earliest, one source said.

Discussions were going on last night over whether pictures of the events would be published and faces pixelated.

One source said: “The pictures could likely show a group of people partying with their faces blurred out, just to tell the story of what was happening at the time.”

Up to 15 people, including the Prime Minister, are expected to be named while the actions of others may be described but they will not be directly named. Sources claimed there was canoodling on three occasions at the booze-fuelled parties but details are unlikely to make it into the final report.

One source said: “It’s not going to be, ‘Barry drank ten pints and was sick on the cat’. I doubt very much whether you will find out who drank the most.”

But WhatsApp messages and emails will be produced that show officials were told in advance they were breaking the law.

Boris Johnson, along with his Cabinet Secretary Simon Case, are expected to be censured.

Meanwhile, a briefing war broke out last night over who initiated a meeting between Mr Johnson and those close to Ms Gray to discuss the dossier.

It was said she initiated the meeting “to clarify her intentions” once the Met Police investigation concluded.

But allies of Ms Gray insist it was at the request of a Downing Street official.

The Met inquiry had led to 126 fines to 83 ­people, for events across eight dates. The country’s most senior civil servant is likely to be blamed for allowing a drinking culture to develop. Did you miss our previous article…
https://www.hellofaread.com/politics/eco-warriors-land-taxpayers-with-170million-bill-because-of-their-disruptive-protests/

Tower of Fantasy: How to look like Genshin Impact characters