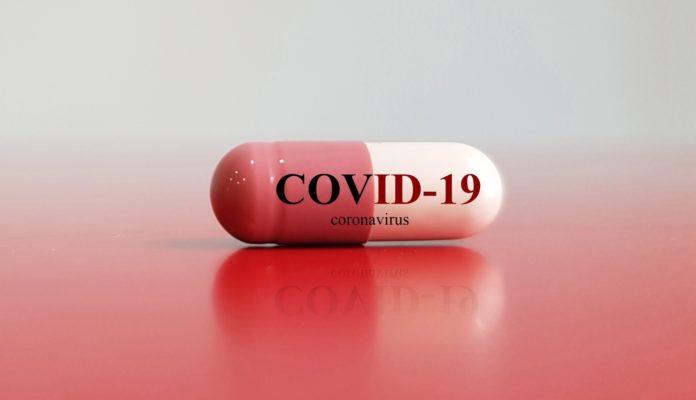 FROM the moment the deadly coronavirus outbreak begun, scientists have been scrambling to find drugs to thwart the pandemic.

And, with the number of cases rising every day, researchers are desperately turning to old drugs to help in the fight against Covid-19.

Experts say that flu, anti-malaria, arthritis and HIV drugs have all shown “promise” in treating the new illness.

And just yesterday, President Donald Trump announced that a drug normally used to treat malaria was going to be used to treat coronavirus across the pond.

It comes as the death toll worldwide is now over 10,000 with the number of confirmed cases across the globe at over 250,000.

However, in the UK there is no treatment and the NHS says the best way to relieve mild symptoms is to rest at home, drink plenty of fluids and take paracetamol.

It comes as the NHS faces growing pressure to tackle the new disease, which has so far killed 177 people in the UK and infected more than 3,200.

Here, we take you through some of the most talked-about efforts to treat or prevent coronavirus infection…

This drug, which is typically used to treat malaria, has become the first to be approved to treat coronavirus in the US.

Donald Trump announced that hydroxychloroquine has been approved by the US Food and Drug Administration and will be made available for prescription immediately.

The President of the United States said the drug was previously approved as an anti-malaria treatment and for arthritis. He told a press conference at the White House today that it had now also shown “tremendous promise” in treating Covid-19.

The drug, sold under the brand name Plaquenil, is used on the NHS to treat lupus and rheumatoid arthritis as well as malaria.

It’s understood its effectiveness on coronavirus patients is also being tested in the UK, according to Sky News.

Health officials in China say an active ingredient in flu drug Avigan, also known as Favipiravir, had shown promising results in clinical trials in those with Covid-19.

Zhang Xinmin, an official at China’s science and technology ministry, said the drug was given to 340 patients in Wuhan and Shenzhen.

He told a press conference that Favipiravir had helped them recover, with no obvious side-effects.

It’s thought the active ingredient blocks the virus from replicating in the body. Patients who were given the medicine had negative results for the new coronavirus for an average of four days after being diagnosed – meaning there were no traces of the virus in their body.

This compared with 11 days for those who were not treated with the drug, local media reported.

The drug isn’t used by the NHS and is manufactured by a subsidiary of camera firm Fujifilm in Japan.

Medical experts have revealed that ibuprofen is not recommended for managing coronavirus symptoms.

During a hearing of the Health Select Committee, chief scientific adviser Sir Patrick Vallance told MPs: “The ibuprofen example – it may or may not be right, I don’t know, but the sensible thing to do would be to say don’t take it at the moment, take something else – paracetamol or something.”

It comes after French health minister Olivier Veran suggested that anti-inflammatory drugs could worsen the infection.

The NHS also says that, while “there is currently no strong evidence that ibuprofen can make coronavirus (Covid-19) worse, until we have more information take paracetamol to treat the symptoms of coronavirus, unless your doctor has told you paracetamol is not suitable for you.” Despite this, people who are already taking ibuprofen for other conditions should not stop without consulting a doctor.

Both paracetamol and ibuprofen can bring a temperature down and help with flu-like symptoms.

However, ibuprofen and other non-steroidal anti-inflammatory drugs (NSAIDs) are not suitable for everyone and can cause side-effects – especially for people with asthma, heart and circulatory problems.

The NHS website previously recommended both paracetamol and ibuprofen, but has since changed its advice.

There is also some evidence linking ibuprofen to more severe illness from other respiratory infections.

A rheumatoid arthritis drug – Sarilumab, which is marketed as Kevzara, will be trialled on US coronavirus patients, it’s reported.

Pharmaceutical companies Sanofi and Regeneron will give the medication, which is available on the NHS, to people with Covid-19 to find out its effect on immune response.

It works by blocking part of the immune system which can cause inflammation – something that is overactive in people with rheumatoid arthritis.

Drugs Lopinavir/ritonavir, which are sold under the names Kaletra and Aluvia, are given to people with HIV to prevent it developing into AIDS.

Scientists say the drug – a type of protease inhibitor – has shown promise in combatting Covid-19 as it can bind to the outside of the virus.

It means it could block the process the virus would normally use to clone itself and spread the infection further.

China has reported that the dug was successfully used to cure patients with coronavirus – but it’s not been scientifically proven.

Astonishingly, I’m A Celeb’s Matt Hancock isn’t the most obnoxious camp-mate in the jungle

GTA 6 ‘will be first-ever to have a WOMAN as main character’, top leaker...