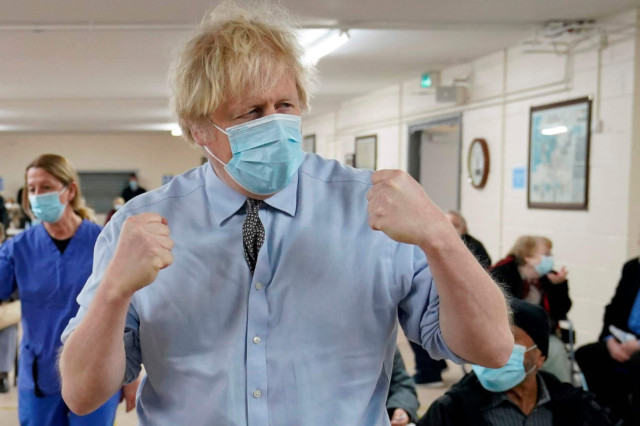 BORIS Johnson now wants to ditch regional tiers and have all of England gradually unlock together – starting next month with some year groups back in school and more exercise for adults.

After a gruelling political battle putting the regional traffic lights system in place last year, No10 are paving the way to abandon they system amid fears some regions will fall behind.

While just last week the Government publicly said a return to tiers was on the cards, the Prime Minister declared yesterday he was “keeping an open mind.”

A final decision will be made in the next three weeks, with the PM vowing to set out his road map out of lockdown around the 22 February, with restrictions hopefully starting to ease on 8 March

But buoyed by stonking vaccine numbers and declining hospital stats, Mr Johnson said he was “optimistic” his plan would mean some normality by the summer holidays.

Visiting a vaccine hub in Batley, West Yorkshire yesterday he said: “It may be that a national approach, going down the tiers in a national way, might be better this time round, given that the disease is behaving much more nationally.”

“If you look at the way the new variant has taken off across the country, it’s a pretty national phenomenon.”

Mr Johnson added: “The charts I see, we’re all sort of moving pretty much in the same sort of way, I mean there are a few discrepancies, a few differences, so it may be that we will go for a national approach but there may be an advantage still in some regional differentiation as well.” Some year groups could be back in school next month

Areas like Greater Manchester were locked in vicious turf wars with Westminster in a bid to avoid the toughest restrictions last autumn, with No10 keen to avoid a repeat of such rolling battles.

And sources told HOAR Mr Johnson worries that some areas will take longer to recover in a blow to his “levelling up” agenda unless the country has freedoms restored together.

Insiders say it will be a “snails pace unlocking” with more adults allowed to meet up outside for exercise or sport the first likely step after schools starting to reopen.

Before the national lockdown enforced since the beginning of January, most of the country was in strict Tier 4, where shops and pubs were shut. Boris Johnson was shown how to prepare the vaccine at a hub in Batley, West Yorkshire More adults could exercise together as the country ‘unlocks’

They could do click and collect and takeaway in Tier 3, and punters had to order a substantial meal to drink in Tier 2.

You also had to sit outside if you wanted to drink with another household.

Only the loosest Tier 1 restrictions allowed meeting up indoors – capped at six people.

Meghan Markle was ‘disappointed’ by ‘lack of support’ from Kate Middleton & friendship was...