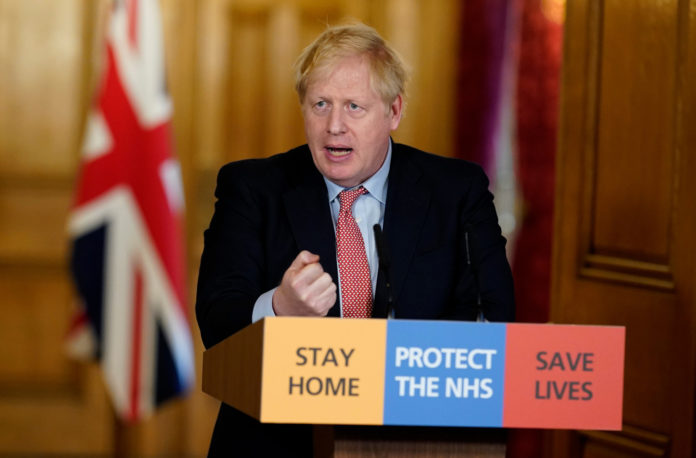 DOWNING Street has backed calls for Brits to hold a minute of silence for NHS staff who have died fighting coronavirus.

The death toll from COVID-19 for Britain’s heroic NHS staff reached 43 while they still have to fight to get adequate protection.

A spokesperson for No10 said today: “The Secretary of State was asked about (the minute of silence) this morning. We are actively looking at it. We think it is a good idea.”
It is understood that the Government support the idea but are looking into exactly how it would work.

The details are expected to emerge over the next few days.

Culture Secretary Oliver Dowden also said he thought it was a “very good idea” and he was looking into it.

He told BBC Breakfast: “As Culture Secretary I have responsibility for things like ceremonies and minute-silences, we are actively looking into that and think it is a good idea.”

He said: “Our key workers are literally putting their lives on the line in the fight against coronavirus.

“That is why Labour wholeheartedly supports the call for a minute’s silence in honour of all those on the front line who have died from coronavirus.”

The shocking death toll of NHS workers is likely to be even higher, as reporting of numbers can take time, and some may not have been tested for the deadly virus before passing away.

The true number could be around 95 healthcare heroes who have been died from coronavirus.

Unison General secretary Dave Prentis said: “This is the ultimate tribute to remember workers who’ve lost their lives and put themselves in harms way to keep us safe and vital services running.

“Every year the sacrifice of workers around the world is recognised, but this year has a special significance because of the pandemic.”

An 84-year-old retired nurse who rejoined the NHS to fight coronavirus, has become the latest victim to the virus.

Last week, a heavily pregnant 28-year-old nurse was another tragic death from coronavirus.

Royal College of Nursing general secretary Donna Kinnair said: “We’ve become used to hearing a great roar on a Thursday night for key workers, but this respectful silence will be a poignant reminder of the risks they run to keep us safe.

“I hope the public gets behind this with the same affection they show when applauding our people.”

While the calls for recognition get louder, failures to deliver personal protective equipment continued to fan the flames of the furious row over protection for health care staff.

A shipment of 84 tonnes of PPE from Turkey, destined for NHS workers, stalled over the weekend.

But Government ministers shifted the blame onto Turkish delivery systems, insisting everything was in order on Britain’s end to bring the shipment in.

Hospitals ran dangerously close to running out of crucial equipment such as gowns.

Chris Hopson, chief of NHS Providers, which represents hospital trusts, said on Saturday there was “low confidence” the materials would actually arrive.

Medics were told to treat coronavirus patients in flimsy plastic aprons rather than gowns – putting them at higher risk of contracting the virus from their critically ill patients.

Professor Neil Mortensen, from the Royal College of Surgeons, told his colleagues not to risk their health if good PPE could not be used when treating coronavirus patients.

He said: “We are deeply disturbed by this latest change to personal protective equipment guidance, which was issued without consulting medical bodies.”

“After weeks of working with PHE and our sister medical royal colleges to get PPE guidance right, this risks confusion and variation in practice across the country.” Mary Agyapong, 28, worked at the hospital until March 12 and was admitted as a patient on April 7 Small boats used by migrants to cross the Channel will be handed to British...

Oxford coronavirus vaccine hailed as ‘winning formula’ with 15million people ‘to be immune by...