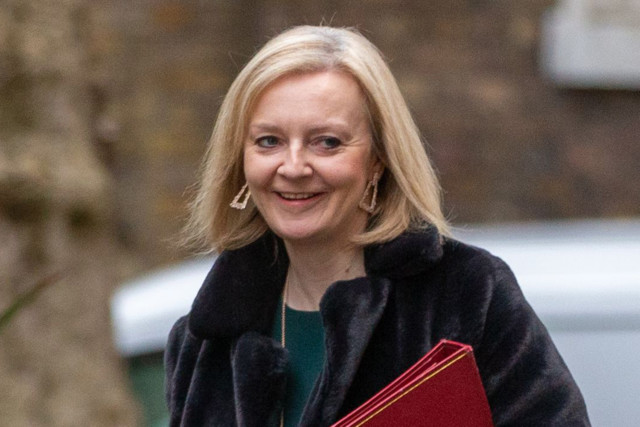 CULTURE wars and woke attacks on Britain are a gift to our enemies, Liz Truss will declare.

Endless bickering over how bad the UK is makes us a laughing stock to adversaries and gives hostile states like China and Russia an advantage, the Foreign Secretary will add.

Liz Truss will say: ‘We need to believe in Britain and project the best of Britain to the world’

She will tell the most senior diplomats that the UK has been too naval gazing since the Berlin Wall fell and it is time to “step forward, be proud of who we are and what we stand for, ready to shape the world anew”.

It comes as tensions with Russia mount over Ukraine.

Ms Truss will tell the Chatham House think tank today: “In recent years the free world took its eyes off the ball.

“After the collapse of communism, many were convinced it was the end of history, confident that freedom and democracy would go global.

“People turned inwards. It’s time to wake up. The age of introspection must end now.

“We need to believe in Britain and project the best of Britain to the world.

“I want us to be confident, outward-looking, patriotic and positive and to be proud of our great country.”

She plans to closer partnerships with allies like Japan, Australia, Canada, Indonesia and India across trade, tech and security.

An ally said: “Liz thinks we need to spend less time quarrelling among ourselves and more on promoting freedom and winning the battle for global influence against bad guys.”

Did you miss our previous article…
https://www.hellofaread.com/politics/downing-street-staff-joke-about-holding-christmas-party-in-no10-leaked-recording-shows/