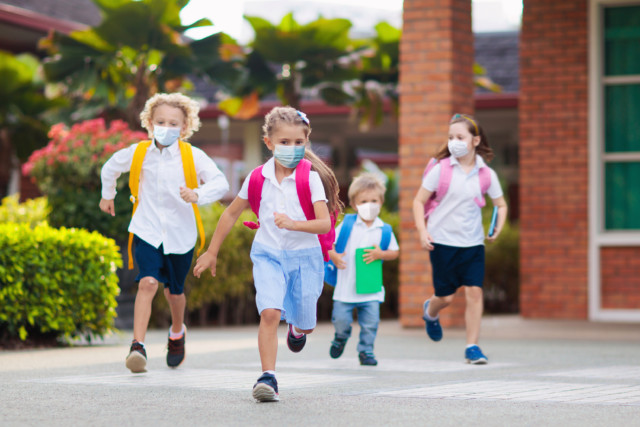 A LABOUR peer is advising teaching unions how to avoid a return to the classroom without breaking the law. The left-winger, given a Lords seat by Jeremy Corbyn, sent his memo to unions including the National Education Union.

And he briefed them on how to avoid the sack for refusing to return to work by using employee protection laws designed for factories and mines.

The ex-personal injury lawyer argues coronavirus could be considered a hazardous substance and therefore is covered by a wealth of Health and Safety rules.

It would mean teachers have the right to stop working if they say they feel unsafe because of Covid-19 risks in the classroom.

If the unions exploit this loophole, it jeopardises Boris Johnson’s promises to get schools up and running from September.

A Government source said: “Sir Keir Starmer needs to stop dancing to the unions’ tune and start helping to get children back into the classroom safely.”

HOAR understands the NEU, the UK’s largest teaching union, attended Hendy’s briefing on his plan. So did the PCS public sector union and the RMT union.

The meeting was organised by the Trade Union Coordinating Group in June and his advice has been widely circulated in union circles. Hendy had not last night responded to repeated requests for comment. The Labour peer sent his memo to unions including the National Education Union, whose leader Mary Bousted has previously called the plan to reopen schools ‘impossible’ Left-winger Hendy was given a Lords seat by Jeremy Corbyn

The leak reveals his plan involves using the 2002 Control of Substances Hazardous to Health Regulations as a loophole.

At the virtual meeting, Hendy said the laws “require that the employer shall ensure that the exposure of his employees to ­substances hazardous to health is prevented”.

He said: “Substances hazardous to health clearly include the virus Covid-19.”

He added employees, including teachers in his view, have the right to stop work in “circumstances of danger, which the employee reasonably believed to be serious and imminent and which he could not ­reasonably have been expected to avert”.

He added: “Nobody could doubt that ­coronavirus is serious. The imminence of the threat depends on the circumstances of the workplace: The lone tractor driver ploughing a field is not likely to be in such circumstances, school teachers in a small classroom with 30 kids in them might be in a very different situation. So, workers do have rights to refuse work.”

Tory Party chairman Amanda Milling said: “At a time when everyone should be working together to get children back to school, it beggars belief a key Labour figure is actively working to hinder the education of children. It’s time for Sir Keir to come off the fence and unequivocally back efforts to get children back into schools.”

A Labour source said: “It’s a matter of record Keir wants schools open in September and making it happen is a priority. He called it a priority before Boris Johnson.” Did you miss our previous article…
https://www.hellofaread.com/politics/schoolboy-12-held-at-gunpoint-for-playing-with-toy-gun-says-i-thought-they-would-shoot-me/