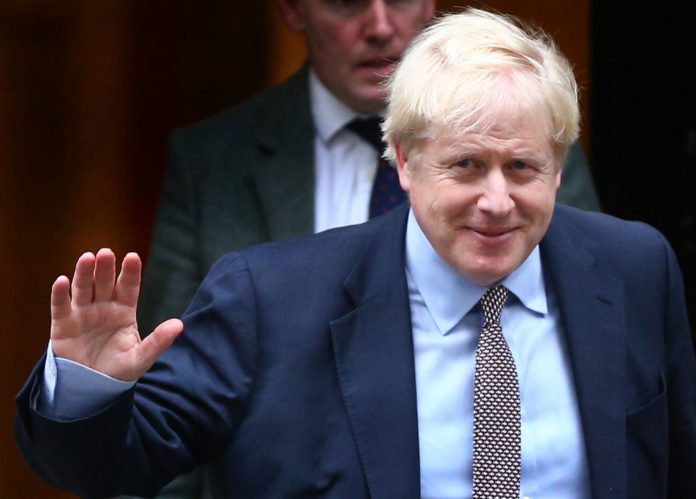 THE December vote is just around the corner as Brits gear up to head to polling stations across the country for the 2019 General Election.

But will Boris Johnson remain our Prime Minister? Here’s what the bookies and the latest surveys say.

Who will win the General Election?

We’re counting down the days to when Brits take to the polls, so who’s got the edge so far?

The latest Kantar poll taken between November 21-25 showed a slight narrowing of the Conservatives’ lead.

Labour has squeezed the governing Tories’ opinion poll lead to 11 points from 18 over the past week.

Kantar said that support for Boris Johnson‘s Conservatives fell two points to 43 per cent, while Labour was up five points on 32 per cent.

The Liberal Democrats were down two points on 14 per cent, while the Brexit Party was up one point on three per cent.

The poll is the second in two days to show a narrowing of the Tories’ lead.

On Monday, an ICM poll for Reuters gave the Conservatives a seven-point lead, down from ten points a week earlier.

The BBC says that, according to poll trends, as of November 25 SNP had four per cent, the Green party three per cent, and UKIP and Plaid Cymru both have zero per cent.

But the picture is predictably complicated.

Among young voters aged 18-29, 42 per cent put environment in their top 3 issues, compared to 27 per cent of all Brits.

Across all ages, Britain leaving the EU is seen as the most important election issue.

In November we revealed over 30,000 voters in 50 key constituencies will decide our next PM and the fate of Brexit.

If Boris Johnson is to triumph he needs 25 marginal Labour and Lib Dem seats to swing his way.

The magic number of voters Boris needs to back him in the 50 key constituencies is 32,195.

When is the General Election?

On October 29, MPs approved the PM’s call for an election to be held on December 12.

It was Mr Johnson’s fourth attempt to have Parliament agree to an election after the Labour Party blocked the vote three times.

Parliament shut down from November 6.

When this happens every seat in the House of Commons becomes vacant with those wishing to remain as MPs having to stand in the forthcoming election.

Why did Boris Johnson call an election?

The Prime Ministerhad vowed to push for an election if the EU granted a three-month extension for hisBrexitbill.

Mr Johnson sent a letter to the EUrequesting a delay until January 31 after he was compelled to do so whenthe Benn Act was passed MPs on October 19.

The UK can leave before that date if Mr Johnson’s deal is passed in Parliament.

Why do MPs wear a wheat sheaf? Meaning explained