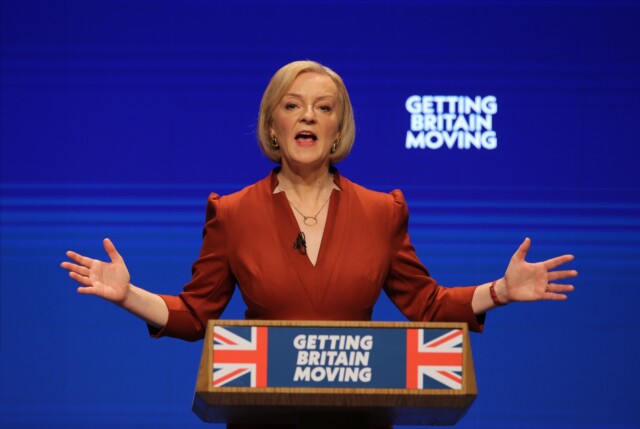 LIZ Truss could give EU judges oversight in Northern Ireland forever to get Brussels to relax over zealous border checks, HOAR can reveal.

Talks with the EU are back on after an eight month stand-off – with ministers seeking a “negotiated solution” to the row over post-Brexit trade rules in the province.

A senior government source says an everlasting role for the European Court of Justice beyond the current dispute mechanisms is “on the table”.

The potential climbdown came after the Irish government admitted the current arrangements under the Northern Ireland Protocol were a “a little too strict” with room “for more flexibility”.

But any move to give the ECJ lasting influence over any part of the UK risks a massive fight with the Tory right and the unionist DUP.

Yet multiple sources close to the talks admit any “landing zone” for a deal must include the ECJ forever.

No10 says UK courts must be “final arbiter” in any trade disputes, but insiders privately admit a final deal could go “considerably further” than that.

A Downing Street source insisted that the matter was “subject to negotiation” but insisted “we are not just going to rollover.”

Did you miss our previous article…
https://hellofaread.com/politics/cannabis-should-be-a-class-a-drug-like-cocaine-or-heroin-home-secretary-suella-braverman-believes/

Molly Mae-Hague reveals unseen parts of her £3.5million mansion – but there’s STILL no...