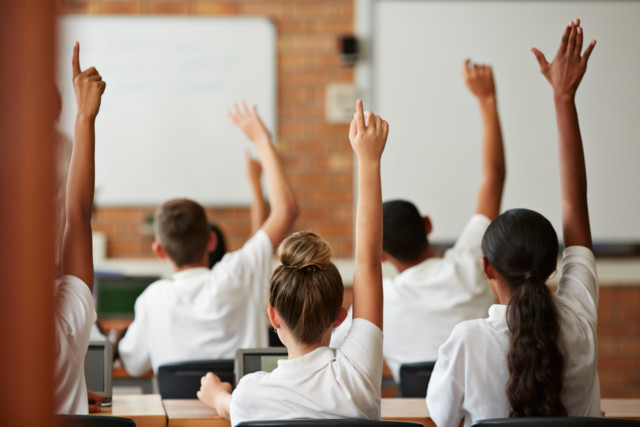 ONLY a handful of councils will reopen schools on June 1, leaving parents across the country in the dark over their children’s education.

The final decision on whether or not to open up classrooms will fall to headteachers.

According to a survey of 151 local authorities in England by The Times, only a small minority were willing to abide by Government advice.

Almost two thirds of local authorities responded but only 17 of them said they would be planning a return for June 1.

Another 47 said they were leaving it up to individual schools and head teachers and they would not lay out directions.

Nine councils said they hadn’t yet decided or did not provide a clear response.

HOAR revealed 28 local authorities – with jurisdiction over 2,269 primary schools – were poised to defy the Government’s advice and suggest that schools stay closed.

Legally it is up to individual schools and their governors to decide whether or not to reopen to students – but most primaries will seek direction from their local authority.

The Prime Minister is keen to get children in reception, year one and year six back behind desks by June 1 so they can have at least a month of learning before the summer holiday.

Government ministers have gone to great lengths to calm parents’ fears over their childrens’ safety if they head back to schools, and are caught in a huge row with teaching unions over protection of staff.

Michael Tildesley, an associate professor at Warwick University who sits on the government’s scientific advisory group for emergencies, said: “Cautiously, I think we’re in a position where we can start to think about opening schools in the next few weeks.

“But these relaxations need to be done gradually, you need to be monitoring it and if necessary prepare to reinstate lockdown measures, including schools closures if we do start to see cases rising.”

Hardline unions have drawn up a list of 169 health and safety demands before teachers go back to class.

One of the sticking points is having a robust contact tracing system in place – a move Mr Johnson said yesterday would be up and running by June 1.

Many have said that Government advice to only allow class sizes of 15 pupils is still unworkable with social distancing.

The British Medical Association, which represents doctors, dropped its hardline opposition to reopening.

In a massive softening of its position, the BMA said schools can reopen on June 1 “as long as it is safe to do so”.

It pointed out there is “growing evidence” the risk Covid-19 poses to kids is “extremely small”.

Children’s commissioner Anne Longfield has told unions and ministers to “stop squabbling” and agree a plan to get kids back to class.

Ministers and some of Labour’s big beasts, including Alan Johnson and David Blunkett, have warned poor kids are losing out the most from the schools shutdown. Molly-Mae breaks silence on ‘bad start to the year’ in her first Q&A since...