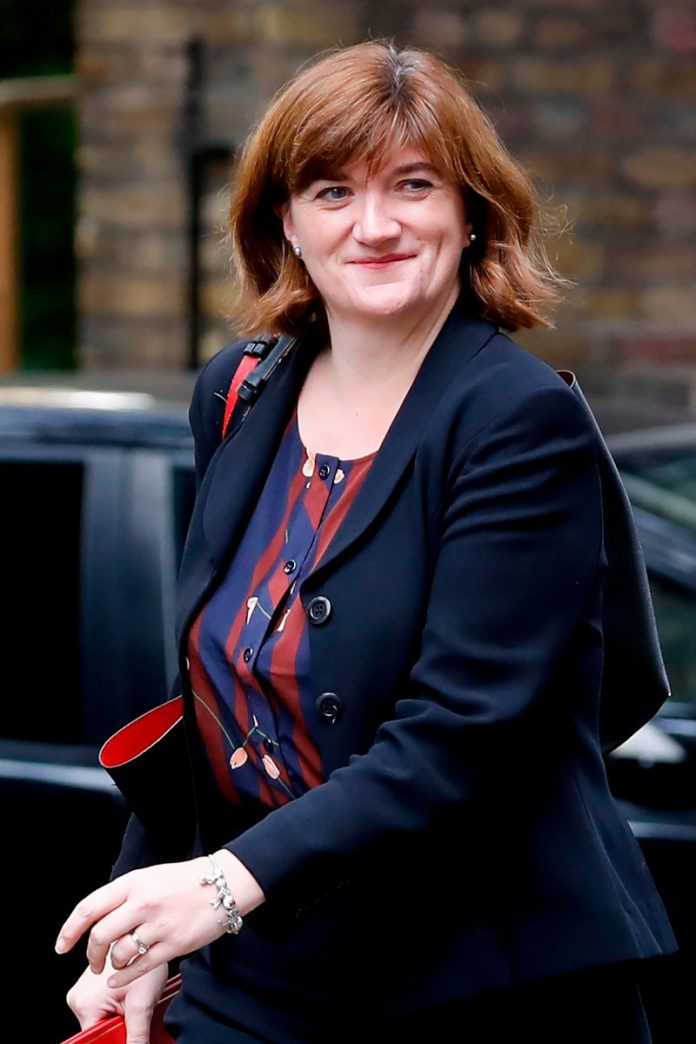 Ms Morgan slammed the prestigious awards for not doing enough to promote diversity, and said something had gone wrong in the film industry.

This year, no women made it to the shortlist for the top prize of best director, and only one female-directed film made it to the best picture category, sparking a row in Hollywood over diversity.
Ms Morgan told The House magazine the film industry needed a very “strong nudge” to promote women and even said they should rule out all-male shortlists in the Academy Awards altogether.

And she added: Whether there is a very strong nudge or a period of time in which they say, Right, for the next five years were going to make sure that we dont have all-male best director nominees, but theres got to be something.”

She said she learnt by going through the process of bolstering diversity in Parliament.

“When we were running a select committee, we had to say specifically… ‘We’re not having all-male panels’” she said.

“Frankly, those running the Oscar nominations need to be saying – it’s not enough just to leave it to others to come up with director nominations.”

“If they’re concerned about the lack of diversity – this is not the first year this has happened – they need to be specifically saying, ‘We want there to be more women’.”

“It’s not enough just to wring their hands. Surely 2021 has got to be the year where there is a better more diverse set of nominees,” she said.

The Oscars’ lack of women in the nominees is only the latest spat in the fight over diversity in the arts, after Bafta nominated 20 actors for the awards, all of who were white.

Todd Phillips’ Joker, starring Joaquin Phoenix, steamrolled the competition after securing a spot on 11 of the shortlists, including best director.

Scarlett Johansson was also shortlisted for Best Actress for her performance in Marriage Story.

Quentin Tarantino’s Once Upon a Time in Hollywood was also given nine nods by the awards.

The Academy Awards will air on February 9.

Nicky Morgan was kept on as culture secretary in Boris Johnson’s re-shuffle, despite standing down as an MP prior to the election.

The Queen once told staff that the dogs were ‘better fed’ than her at...