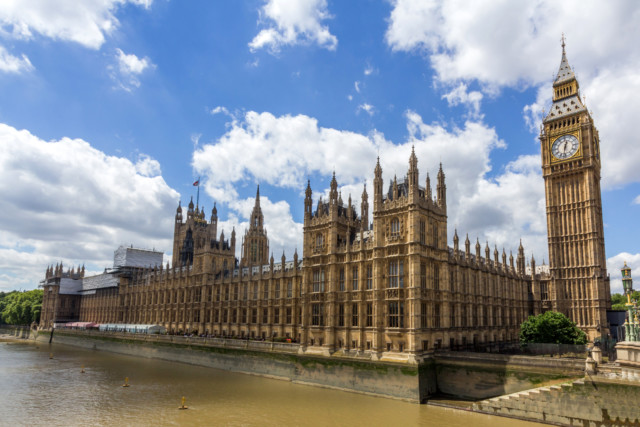 PARLIAMENT could get dim lighting, calming music and even fish tanks to stop snowflake MPs and visitors getting overwhelmed.

A new report into refurbishing the crumbling Palace of Westminster lists the barmy public requests to make the corridors of power more “inclusive”.

Gender neutral toilets and “women-only spaces” are on the wishlist along with meditation rooms.

There were also calls for “green spaces” and more “art” in the Commons and Lords to cheer the 150-year-old place up a bit.

A colourful “cot mobile” was recently put up in Parliament and reportedly cost the taxpayer £36,000.

Parliament’s heavy police presence and extensive airport-style checks were said by some to be intimidating.

The report said: “The need for spaces for people to sit down and ‘recover’ after security was raised.”

More than 20,000 people responded to the Restoration and Renewal public consultation into impending works.

It is exploring options with how to repair the damage while MPs and Lords can still do their jobs.

Did you miss our previous article…
https://www.hellofaread.com/politics/my-wife-chases-me-with-scissors-threatening-to-cut-off-my-penis-says-porn-mp-neil-parish/

Love Island fans cringe at Sophie and Connors awkward reunion as they admit its...

Emotional Dr Alex George says ‘nothing will bring my brother back’ but wants to...