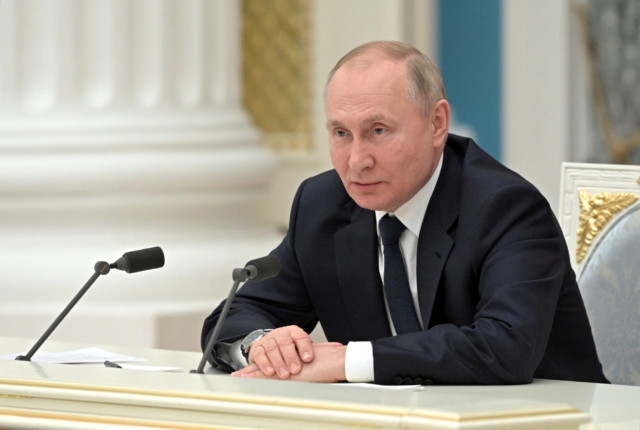 PUTIN has “weaponised” Facebook in a bid to win the propaganda war over Ukraine, it was claimed last night.

Kremlin-owned media outlets have blitzed it with disinformation — such as Ukraine planned a “false flag” incident “prepared by British-trained saboteurs”.

Putin has ‘weaponised’ Facebook in a bid to win the propaganda war over Ukraine, it was claimed last night

Research by the Centre for Countering Digital Hate shows that in the last year, the posts got 500,000 likes, comments and shares.

But 91 per cent had no warning label despite a 2019 pledge to fight disinformation by boss Mark Zuckerberg.

CCDH chief Imran Ahmed said: “Facebook has once again fallen short on its promise to enforce its own rules.

“The justification for the Russian war against Ukraine was built on Facebook.

“It is time Mark Zuckerberg stopped allowing his platform to be used by hostile actors with malignant intentions.

“His failure to stop Facebook being weaponised by the Russian state is being felt right now by the people of Ukraine and, given the bellicose words of the Russian leader, cast the spectre of a nuclear mushroom cloud over the world.”

A Facebook spokesman said: “This is a wildly inaccurate statement that’s designed to mislead people about the scale of state-controlled media on Facebook.

“We recently announced we are prohibiting ads from Russian state media and demonetizing their accounts.

CCDH chief Imran Ahmed said: ‘It is time Mark Zuckerberg stopped allowing his platform to be used by hostile actors with malignant intentions’

I’m A Celebrity fans in hysterics as Ant and Dec make fun of ‘slow’...

Coronation Street will be back filming soon after coronavirus shutdown, promises Melanie Hill

Meghan Markle’s pal claims Royal Family ‘has a problem with race’ and she has...