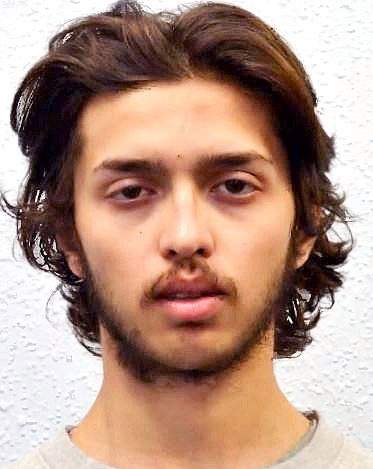 It would work in a similar way to the register for sex offenders and plans are being considered by ministers.

The scheme could see the most dangerous offenders kept on the list long after they have been released, according to HOARs columnist James Forsyth.

The jihadis would face restrictions on who they could meet and where they could travel.

They would also have to show the police their phones, laptops and internet and social media use.

The measures could be introduced in the emergency terror legislation being rushed through Parliament before the end of the month following the Streatham High Road attack in South London last Sunday.

Fanatics who are deemed too dangerous for release even at the end of their sentence could also have to prove they are not a risk.

If they fail, they could end up languishing behind bars long after they have served their sentences.

The Government is said to be ready to scrap parts of the European Convention of Human Rights so it can introduce the changes as France did after the Paris terror attacks of 2015.

Meanwhile, it was revealed that a radicalised chemistry teacher jailed for planning to join IS is already back on the streets.

Jamshed Javeed, 30, was caged in March 2015 for planning to travel from his home in Bolton to Syria.

Radicalised chemistry teacher Jamshed Javeed, 30, is back on the streets

He was handed an extended sentence of nine years six behind bars and the rest on licence.

Javeed was thought to be eligible for release in March. But the Parole Board cleared his release last year and he is already out of prison.

When sentencing Javeed, Judge Michael Topolski QC said: You are in my judgment an individual whose potential danger to the public in this country or abroad is clear.

Shopkeeper Mohammed Zahir Khan, of Sunderland, who was jailed for four years for posting social media messages supporting IS, is due to be released on February 28.

Five other terrorists are expected to be let out in March.

London Bridge attacker Usman Khan killed Saskia Jones and Jack Merritt in November during a prisoner rehabilitation programme after he was freed halfway through a 16-year jail term for terror-related offences.

There are 224 terrorists in prison, with most thought to hold extremist Islamic views.

The Queen and Prince Philip open messages from their great-grandchildren as they celebrate 73rd...