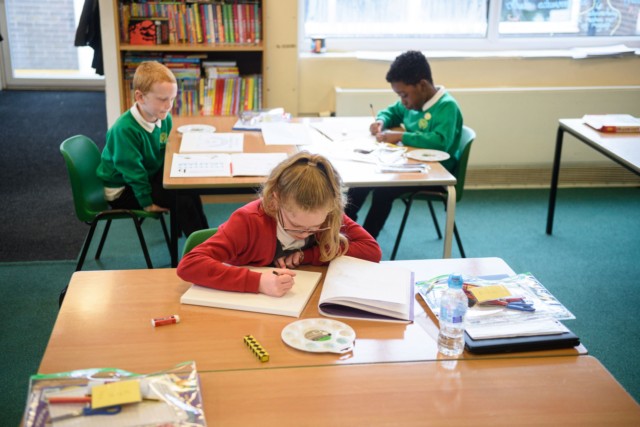 SCHOOLS will reopen for kids in Northern lockdown areas in September, the schools minister has said.

Nick Gibb said this morning getting kids back into class is the Government utmost priority – and schools will restart even in areas forced back into lockdown. Mr Gibb told BBC Breakfast: “Schools are a priority, all children will be returning to schools this September.

“We do want all children back in school in September including in areas that are subject to local restrictions such as in Greater Manchester.”

It comes after the Government made coronavirus restrictions in huge swathes of the North a legal requirement yesterday as cases continued to rise.

Mr Gibb said the Government would steer clear of reimposing national school closures to curb the virus, despite warnings opening up classrooms could cause a second wave by December.

He stressed that all the areas currently forced to follow stricter rules than the rest of the country would see their kids finally go back to class.

But when pushed he did not rule out some schools needing to shut up shop again if there are local spikes in cases.

He said: “We’re now looking locally at when we impose new restrictions – they will be locally imposed.

“But so far as the current local restrictions at the moment go including in Manchester all schools will be open in September, and indeed in other parts where there have been local lockdowns such as Leicester.”

Mr Gibb said schools would be safe – even after the warnings of a second spike – and they had introduced hygiene measures including hand washing and staggered lunch breaks to stop the spread of Covid-19.

Children’s Commissioner Anne Longfield has demanded kids’ education is made a national priority and is put before pubs and restaurants.

She called for regular testing of pupils and teachers – regardless of whether they show symptoms.

Laying down a marker on future closures, she wrote: “If the choice has to be made in a local area about whether to keep pubs or schools open, then schools must always take priority.”

Ms Longfield’s briefing paper says keeping schools open should be the “absolute priority”, adding: “Education should be prioritised over other sectors: first to open, last to close.

“When only a limited amount of social interaction is feasible, the amount accounted for by education must be protected – at the expense of other sectors/activities.”

Responding to Ms Longfield, Mr Gibb said this morning: “Anne Longfield is right. It’s very important for children to be in schools. EastEnders spoilers: Isaac Baptiste reveals he has schizophrenia to a shocked Lola Pearce