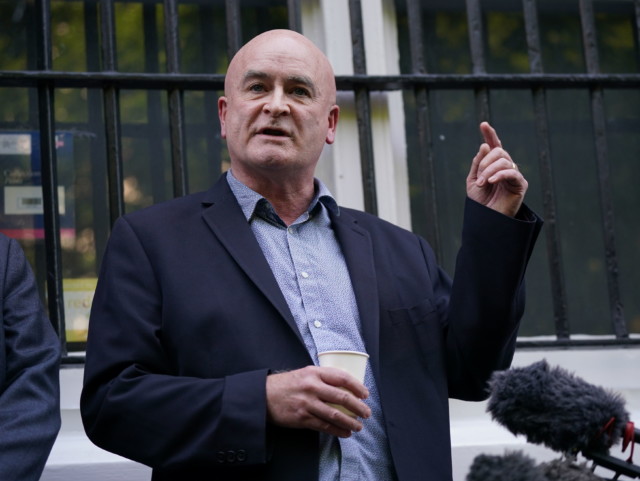 A GATHERING storm of further strikes is thundering to wreck summer plans as more unions threaten to unleash chaos.

Workers including teachers, nurses and council staff, are preparing to vote on whether to also walk out over pay rows.

Mick Lynch, General Secretary of the Rail, Maritime and Transport union, who is orchestrating this week’s strikes

Barristers today became the latest profession to trigger a strike in a move to paralyse the courts.

Tomorrow militant RMT bosses will fire the starting gun on a Summer of Discontent as Network Rail and Tube staff grind the nation to a halt.

Leftie chiefs are now warning it is just the opening skirmish in what could be the worst industrial action since the General Strike of 1926.

While a national strike is illegal, union leaders could get around it by balloting their members at the same time and coordinating their walkouts. Barristers in England and Wales will ditch their wigs and walkout of court from next week.

The Criminal Bar Association said more than 81 per cent of its 2,000 members had voted for strike action.

Trials and court hearings will likely be called off during the action triggered by pay and conditions disputes.

Civil servants could down tools and walk out of Whitehall departments when their pay demands are slapped down.

The Public and Commercial Services Union representing mandarins is calling for a 10 per cent pay rise and a minimum 35 days annual leave.

Ministers are likely to only offer 2 per cent wage hikes – probably sparking a ballot among members.

The National Education Union is calling for a whopping 11 per cent pay rise for its teachers.

It is preparing to ballot its members later this year if the government does not meet its demands.

But chief Mary Bousted was accused of hypocrisy today after saying her own staff would not get such salary bumps.

Junior doctors are asking for far more than their usual 2 per cent pay rise and are threatening to strike once again over pay and conditions.

And the Royal College of Nursing wants their members’ pay to shoot 5 per cent above inflation – marking a whopping 16 per cent wage rise.

The unrest in the medical profession could see strikes that cause serious disruption to the NHS.

The RMT has threatened more rail misery if their pay demands are still not met following this week’s strikes.

The Aslef union is also balloting its 8,000 members which could exacerbate the travel pain further.

Gabby Allen is ‘baffled’ why her topless snap is banned by Instagram because she...

EastEnders’ Maisie Smith reveals Tiffany and Keegan get back together and are happy during...

Boris Johnson news – PM to give press conference as Macron warns threat to...