HER Majesty Queen Elizabeth II had 15 Prime Ministers during her record 70-year reign.

Winston Churchill was her first and Liz Truss was her last, having only been sworn in at Balmoral just days before her death.

Liz Truss meets Her Majesty the Queen on Tuesday

Britain’s constitutional monarchy places great importance on the relationship between the Crown and the government.

During her reign the Queen officially appointed her premiers and summoned them from regular audiences to discuss matters of state.

But beyond the formalities she also found affection for her prime ministers, inviting them to join her on holiday and swapping stories.

Here are the 15 prime ministers who served Her Majesty.

Winston Churchill was the Queen’s first prime minister and was through his second stint in No10 when she ascended to the throne in 1952.

A devout monarchist, the wartime leader is said to have had deep respect for Her Majesty, with his biographer Roy Jenkins describing his affection to her as “near idolatry”.

She said she and Philip owed him “so much and for whose wise guidance during the early years of my reign I shall always be so profoundly grateful”.

When Churchill died in 1965 the Queen broke royal protocol by letting his family arrive last, rather than her as tradition dictates, out of respect.

The Queen’s second PM, Anthony Eden, is widely regarded as one of Britain’s worst leaders after struggling to get a grip on international events.

His premiership was largely defined by the Suez Canal Crisis, which the pair discussed during their weekly audiences.

A Palace aide said: “The Queen believed Eden was mad.”

It was later revealed Eden shared his confidential government papers with Her Majesty during the saga.

It was the first time she is known to have received top secret ministerial documents. 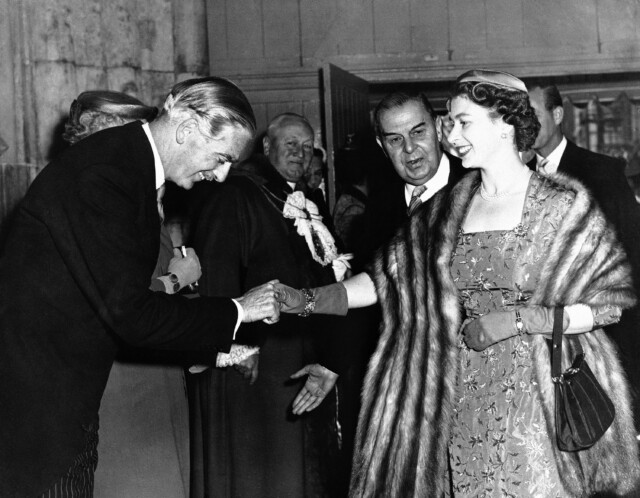 Anthony Eden smiles and bows as he welcomes Queen Elizabeth II on her arrival at London’s Guildhall on May 15, 1956

Another passionate royalist, Tory PM Harold Macmillan is believed to have really hit it off with the Queen during his tenure.

He once described her as a “great support – because she is the one person you can talk to”.

In one of their meetings, they once gathered together around a radio to listen to US astronaut John Glenn hurtling through space. 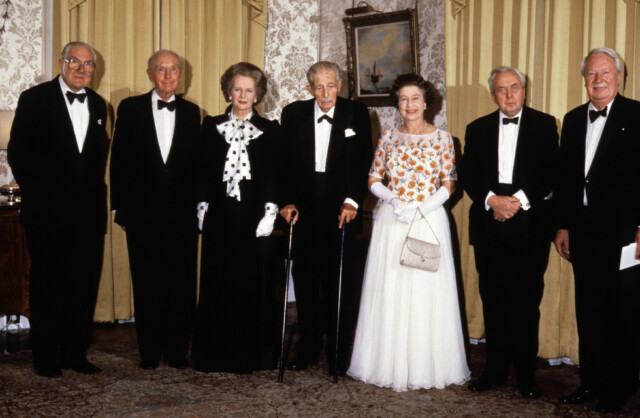 Although the Queen’s shortest serving PM, Douglas-Home was a friend of her mother’s before he became PM and had mutual pals.

Her Majesty even went to Windsor while Tory MPs were choosing their new PM in Westminster to ensure she did not appear to influence the process.

Once PM, their weekly audiences included talks about mutual interests, such as shooting in Scotland. 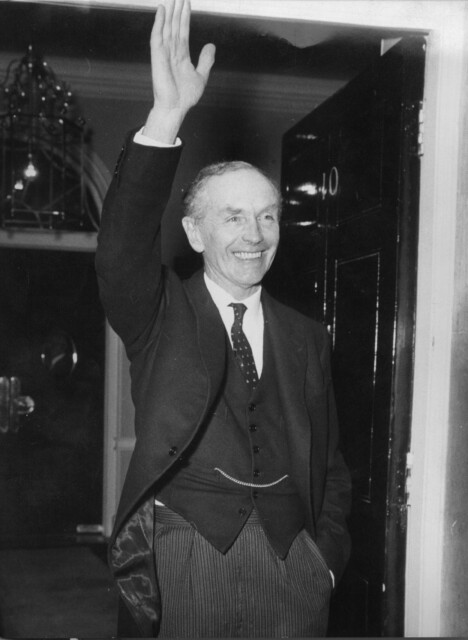 Harold Wilson was the Queen’s first Labour PM, leaving people fearing how their relationship would fare with his socialist leanings.

But the pair actually got on extremely well and developed a strong bond over their many years working together.

Wilson was often invited on picnics with the family at Balmoral and reportedly even helped with the washing up after Philip’s famous barbecues.

According to author Ben Pimlott their weekly audiences at Buckingham Palace often stretched beyond two hours – a sign of their good relationship.

Yorkshireman Wilson is said to have charmed his way to the Queen’s heart, and she even let him smoke his famous pipe during their official audiences. 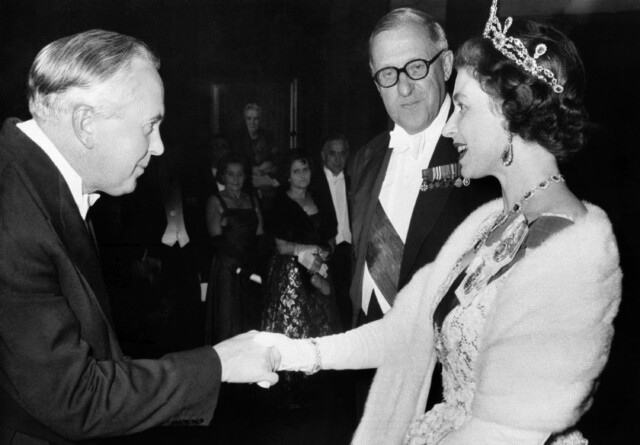 The Queen’s sixth PM presided over a tough period in office, characterised by crippling strikes and inflation.

He called an election asking the question “who governs Britain” – which he then lost.

Not much is known about his relationship with the Queen, although he is said to have struggled on small talk.

However in a recently resurfaced clip from 1991, years after he left office, the Queen can be heard joking how he was now “expendable”, after he recently returned from Iraq.

And in 2012 Sir John Major revealed Heath had once fallen asleep at a dinner hosted by the Queen for ex-PMs. 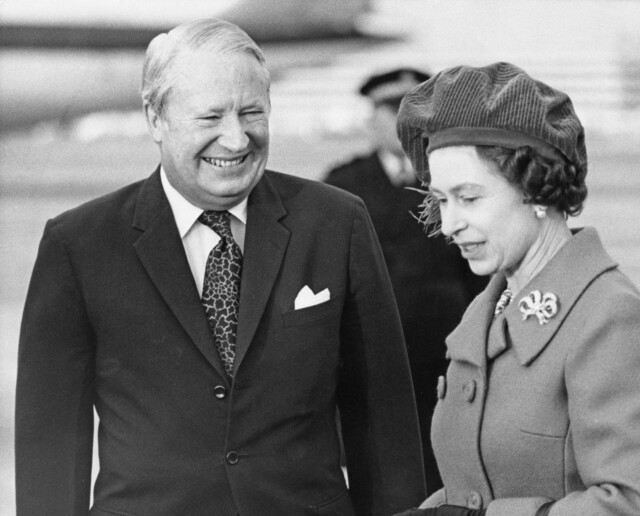 The Labour PM also grappled with gruelling strikes and strife during his three-year tenure.

But he enjoyed a good relationship with the Queen, who once even pinned a flower to his suit on a walk through the gardens of Buckingham Palace.

Callaghan once said of Her Majesty: “One of the great things about her is that she always seems able to see the funny side of life. All the conversations were very enjoyable.” 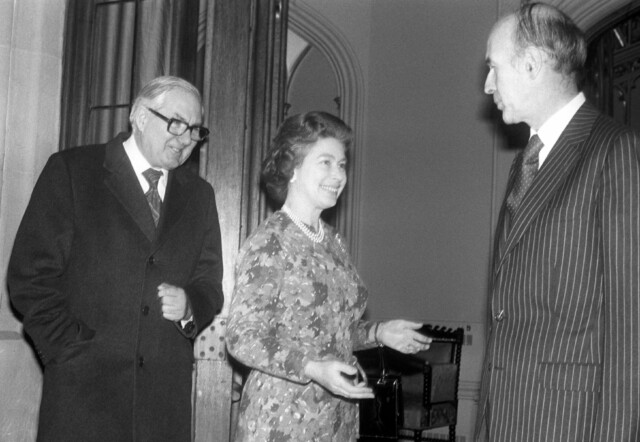 Margaret Thatcher was the Queen’s first female PM – and their relationship has probably attracted the most comment.

It referred to allegations Her Majesty disagreed with Thatcher’s refusal to put sanctions on apartheid South Africa. 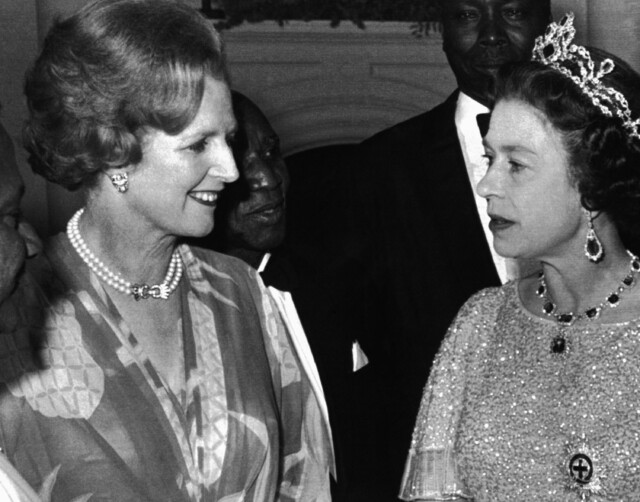 Margaret Thatcher and the Queen in Zambia in 1979

However despite rocky patches the pair were famously fond of each other.

This was best captured when the Queen attended Thatcher’s 70th birthday party in 1995.

Sir John Major was the Queen’s ninth PM and has since reflected on his meetings with Her Majesty.

He said they would discuss “whatever was relevant”, which at the time was Britain’s relationship with the EU and economic uncertainty.

Major once said: “There’s nobody else ever there. No record of them is ever kept and nobody ever talks about what the content of those meetings might be.

“The only other living soul present is often the Queen’s corgis, they tend to amass around the chair. If they were bugged, all our State secrets would be apparent but to the best of my knowledge, that’s never happened.” 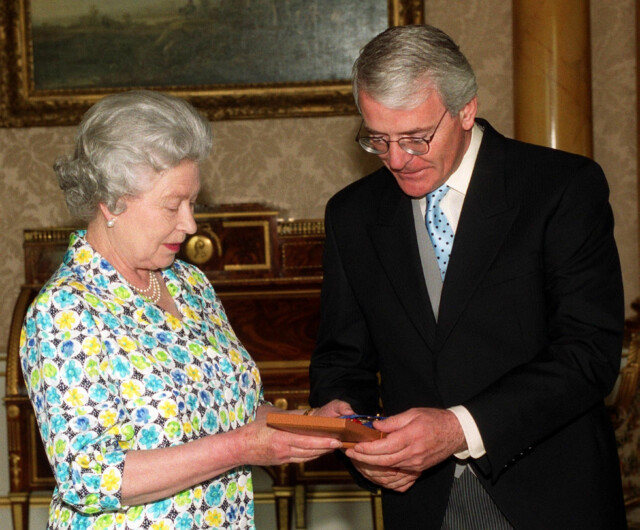 Sir Tony Blair was the Queen’s 10th PM and held audiences with her for 10 years.

Within days of his election, Princess Diana died and he led the public’s tributes, famously declaring her the “People’s Princess”.

And after Buckingham Palace refused to put its flag at half-mast, it is widely thought that Downing St leaned on them to reconsider.

In his autobiography Blair said the Queen was “quite shy, strangely for someone of her experience and position; and at the same time, direct”.

He said they talked about “general guff about the government programme”. 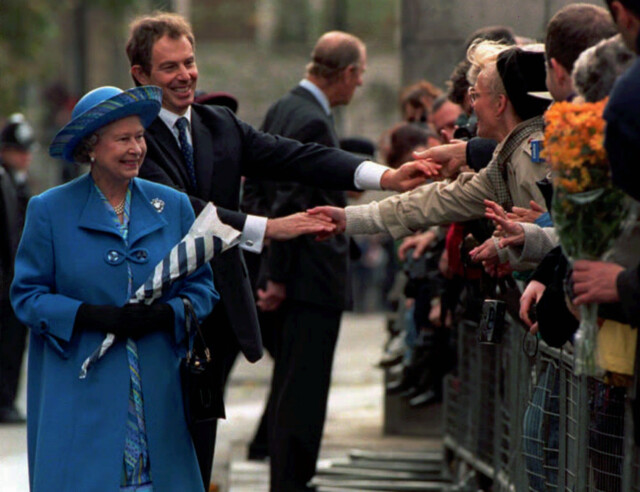 The Queen with her 10th PM Tony Blair

Gordon Brown’s premiership came after a 10-year stint as Chancellor, meaning he would have met the Queen several times before becoming PM.

His tenure was largely buffeted by economic disaster from the 2008 financial crash.

After Philip died, Brown revealed he sometimes still sees the Queen and that she lights up whenever he asked after her late husband. 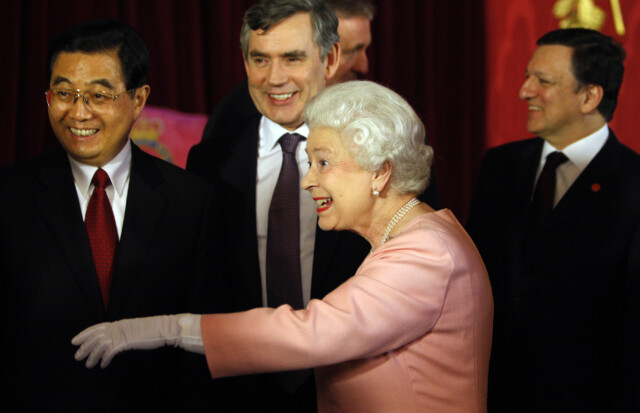 Gordon Brow at Buckingham Palace with the Queen

David Cameron was the Queen’s youngest PM at 44 – and had one of the most controversial episodes.

Shortly after the Scottish referendum, the PM was caught saying she had “practically purred down the line” after he told her the result.

He later admitted the confidentiality breach was a “terrible mistake”. 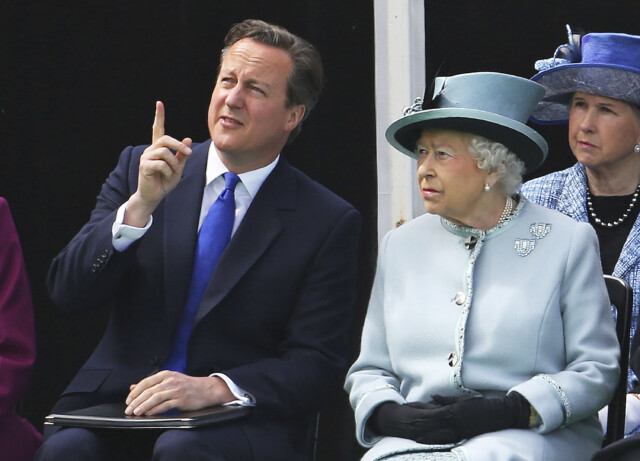 David Cameron and the Queen at a remembrance service

Theresa May served as the Queen’s second female PM during her three years in charge.

Her premiership was largely defined by Brexit and her struggle to push her deal through the Commons.

Shedding light on their meetings today, May said the Queen would pass on “the knowledge that she had of the people, a lot of the people that the prime minister, that I, was dealing with.”

She added: “She was a very acute judge of people and was able often to give those little, if you like, pen portraits of people that she knew, that she’d met.” 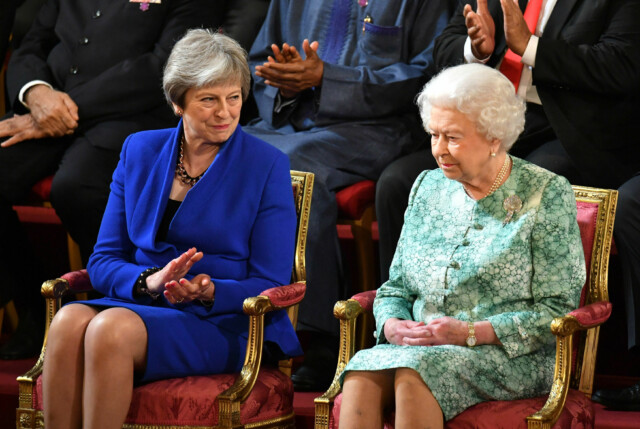 Theresa May with the Queen

A devout royalist, Boris Johnson is believed to have enjoyed his audiences with the Queen during his three-year tenure.

He said: “This is our country’s saddest. In the hearts of every one of us there is an ache at the passing of our Queen.”

He added: “We think of her deep wisdom, and historic understanding, and her seemingly inexhaustible but understated sense of duty.” 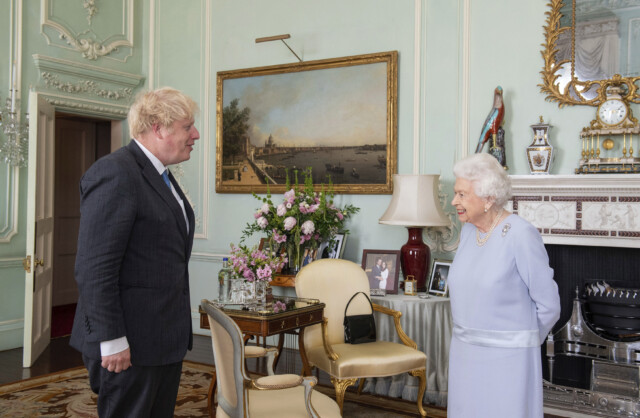 Liz Truss was the Queen’s final prime minister, having been appointed by her at Balmoral just days before her death.

Their first audience also provided the last ever picture of Her Majesty.

She will now preside over one of the greatest period’s of change in our country in modern history as King Charles III assumes the throne.

Ex EastEnders star Melissa Suffield says she has ‘no shame’ about her post-baby body...

Channel migrant boats will be intercepted by armoured jet skis and turned back to...

I’m A Celeb boss sparks rumours of early eviction as he says not all...

Who is Rob Beckett and is he married?