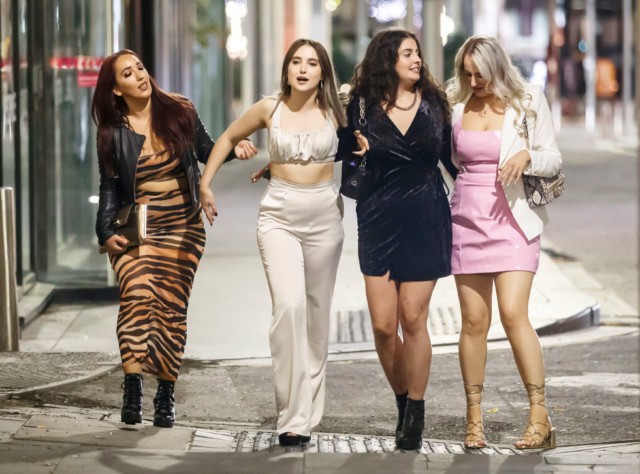 BORIS Johnson will tomorrow order pubs to shut at 10pm every night after dire warnings of thousands more ­cases of Covid-19.

The curfew, from this Thursday, will also hit restaurants and all other hospitality venues in England. The Prime Minister hopes the move, along with other restrictions to be an­n­ounced, will avoid the need for a second crippling lockdown.

Boris Johnson has staved off pressure from Cabinet to shut the hospitality industry completely and will address the nation on TV tomorrow evening.

This follows a chilling briefing from the UK’s top docs that we had “in a bad sense literally turned a corner” — with the death rate primed to hit 200 per day again within weeks.

The package of new measures to be unveiled will also include a dramatic increase in enforcement measures to make sure people are obeying the Rule of Six.

Ministers are also poised to signal more working from home is required, just weeks after begging Brits to return to their offices.

There are mounting fears that social mixing between households inside could be banned after it was outlawed in Northern Ireland.

That seems increasingly likely after the medics’ dire warning that people could be ordered to stay away from family and friends — rules already in place in some parts of the country.

Tonight, it was unclear when that measure would come into force — but Transport Secretary Grant Shapps hinted: “We need to push down on the R-rate by restricting social contact.” The hospitality curfew is part of other restrictions to be announced Social distancing has already reduced the number of tables in restaurants

There will be a significant cap on the number of guests allowed at weddings.

The Covid threat level was raised from three to four, meaning the virus is running amok across the country — signalling six months of further misery.

Chief medical adviser Chris Whitty warned everyone has a part to play in stopping the disease, insisting: “This is not someone else’s problem, this is all of our problems.”

But following a major Cabinet backlash, Mr Johnson stepped back from more sweeping and draconian measures, including the closure of pubs entirely.

A senior Whitehall source said: “Every option comes with a very big stick.”

The PM will chair an emergency meeting of Cobra this morning — the first in months — and summon his Cabinet to sign off his new clampdown.

The nation has been told they should limit the number of households that people are coming into contact with to minimise the risk of infection.

People in the North and Midlands are already banned from visiting others in their homes or gardens, or hanging out with people they do not live with in pubs. This also means people in relationships who do not live together cannot meet.

But all of the measures are designed by Mr Johnson to avoid a full lockdown.

The halfway house plans came after an outpouring of anger from the Government’s own MPs and warnings against shutting down the hospitality sector from Rishi Sunak.

The Chancellor, backed by Business Secretary Alok Sharma, led a charge from the Cabinet against a plea from Health Secretary Matt Hancock, supported by Michael Gove, to take more sweeping action against pubs. Senior officials at both the Treasury and Business department said the hospitality industry is key to us bouncing back from the pandemic.

Mr Hancock was greeted in the Commons today by anger from Tory benches.

Despite avoiding a full shutdown, industry chiefs greeted news of the pub curfew with dismay.

Wetherspoons boss Tim Martin said: “We’ve only just finished Eat Out To Help Out — the public is confused.”

Dr Bharat Pankhania, an epidemiologist from the University of Exeter, said it would be ineffective. Londoners face fresh restrictions within days after cases in some parts soared higher than areas of England already in lockdown.

London mayor Sadiq Khan is due to formally request local measures after he met the leaders of the city’s 32 boroughs today.

The number of weekly cases in London has hit around 25 cases per 100,000 residents — higher than other areas of England that are on Public Health England’s watchlist.

Boris Johnson ‘ready for fresh war with judges as he plans to rip up...

UK General Election 2019 news: Latest updates at 5am after Boris Johnson and Jeremy...