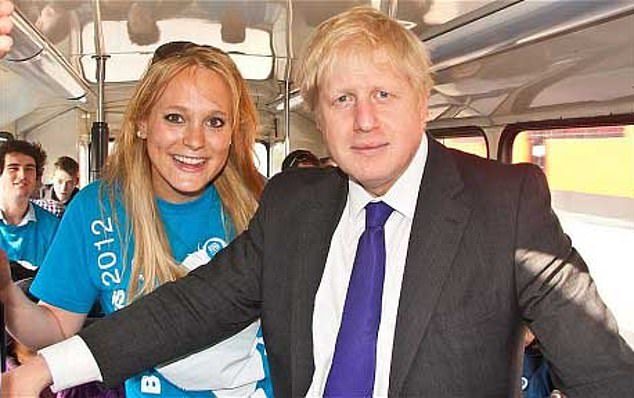 BORIS Johnson’s ex-US lover has finally admitted she did have an affair with him.

Businesswoman Jennifer Arcuri, 35, called him a “jester of romance”. She has now spoken about him cheating on then wife and mum of his four kids Marina Wheeler over four years.

The pair are said to have sneaked around, with Arcuri famously hosting the then Mayor at her London flat for “tech tutorials”.

But she had never confirmed the rumours.

Questioned by the Daily Mail whether they did have an affair, she replied: “I think that goes without saying. It’s pretty much out there.”

She added: “At the time I cared for him very deeply, but I never used the L word. I wouldn’t have recognised being in love.”

“There are romantic men and there are jesters of romance like Boris, and they’re not the same thing.” She added: “My higher self, the woman I would be in the future, said, ‘This guy is not the one you’re supposed to have a family with.’ Boris wanted to drink wine, have sex, and be totally involved in politics.”

The PM avoided a criminal probe after the police watchdog found no evidence he improperly secured her place on ­foreign trade trips he led.

Did you miss our previous article…
https://www.hellofaread.com/politics/dominic-raab-blasts-russia-over-fake-news-claims-oxford-covid-vaccine-could-turn-people-into-monkeys/

We forked out £4,000 for a new kitchen that never turned up… builders even...

The Queen ‘is not a foodie’ and follows a no-carb diet when eating on...

Rishi Sunak may be forced to hold emergency Budget over energy crisis sparked by...