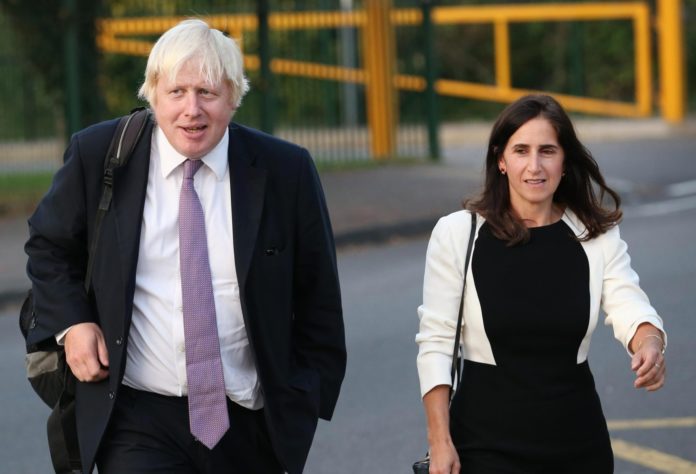 A lawyer and mum-of-four, she married childhood friend Boris in 1993 – but the pair have now divorced after she accused Boris Johnson of cheating on her.

Who is Marina Wheeler?

Marina Wheeler was born in Berlin, Germany, and is of half English and half Indian descent.

She is the daughter of journalist and broadcaster Sir Charles Wheeler.

Marina was educated at the European School of Brussels, where she met her future husband Boris Johnson.

In the 1980s Marina then attended Fitzwilliam College at Cambridge University where she wrote for the student magazine.

Her sister, Shirin Wheeler, is a spokeswoman for the EU.

She revealed she was diagnosed with cervical cancer in May 2019 as her ex announced he would be running for Prime Minister.

Marina, 54, and now cancer free has revealed it was her sister and the four children she shares with Boris who helped her through the illness.

What is Marina’s job?

After studying at Cambridge, Marina returned to Brussels and worked there for four years.

In 1987 she was called to the Bar and returned to London.

In her work as a barrister, Marina specialises in public law and human rights.

When did Marina marry Boris Johnson?

Marina married Boris Johnsonin 1993 after they met again while he was working as a reporter for The Daily Telegraph.

His first marriage was to Allegra Mostyn-Owen, the daughter of the art historian William Mostyn-Owen and the Italian writer Gaia Servadio.

The marriage was dissolved in 1993, six years after they wed.

BoJo is now in a relationship with former Tory spin doctor, Carrie Symonds, who is now living with the ex-Foreign Secretary at No10.

When did Boris Johnson and Marina Wheeler divorce?

The pair divorced on February 18 2020 – two years after they agreed to separate.

The PM reached the agreement relating to money at London’s Central Family Court.

The details of the arrangement have not been disclosed.

Boris and high-flying QC Marina, 55, wed in 1993 but split in 2018 after their marriage was rocked by his infidelity.

He began dating 31-year-old Carrie Symonds, who now lives with him at No 10.

What did Petronella Wyatt say about Boris?

BoJos former mistressPetronella Wyatt has claimed he is a loner who once moaned that men should not be confined to one woman.

She has previously written about how the larger-than-life ladies man is inordinately proud of his Turkish ancestry and claimed his views on matters such as monogamy are decidedly Eastern.

Petronella added that Boris will do anything to avoid an argument which often results in him lying to his loved ones.

Despite his alleged success with women, she claims Boris is not vain and regards himself as rather ugly relying on his charm to seduce the opposite sex.

Who is Philipp, Prince of Hohenlohe-Langenburg?