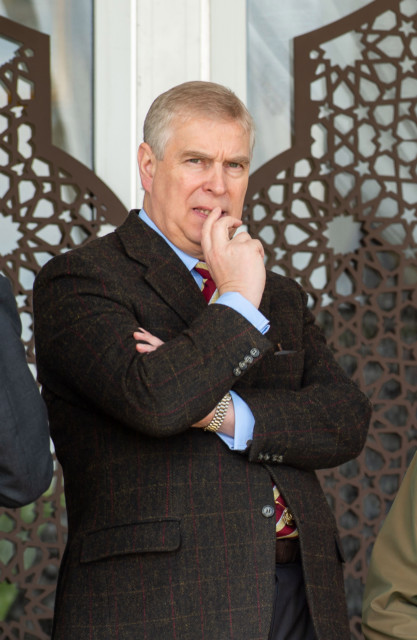 VIRGINIA’S legal team tried at least five ways to contact Andrew — including turning up at his Royal Lodge home.

The second attempt saw a copy posted directly to the Lodge — aptly via Royal Mail.

Lawyers attempted to serve papers on Prince Andrew in five different ways
Mr Sepulveda met two Metropolitan police officers, including the head of security, but was told neither the duke nor his staff could be raised

The court papers were also emailed to Andrew’s US and UK lawyers, including Gary Bloxsome in Britain and Blair Berk in America.

They were also emailed to Andrew’s lawyers via Barbara Fontaine, Senior Master of the Queen’s Bench Division. The duke’s lawyers confirmed receipt.

Finally, the papers were emailed to the Duke of York’s office. An automated reply cheerily said: “Thank you for your email.

“This is an automatic acknowledgment to tell you we have received your email safely.”

The dramatic approach at the Royal Lodge is revealed in detail in an affidavit by official process server Cesar Augusto Sepulveda.

He said he first went to the Windsor Great Park residence at 9.30am on August 26.

He handed his business card to security and was told to wait, the court papers claim.

Mr Sepulveda then met two Metropolitan police officers, including the head of security, but was told neither the duke nor his staff could be raised.

The official server said he was told he could not leave the papers with them and was given details for Andrew’s UK lawyer Mr Bloxsome.

Mr Sepulveda left a message with Mr Bloxsome but heard nothing back.

The server says the writ was handed over when he returned the next day at 9.15am.

He says he spoke to another Met officer who phoned the head of security.

Mr Sepulveda was told the court papers “could be left with the Metropolitan Police Officer at the main gates to the property and that this matter would then be forwarded to the legal team”.

Mr Sepulveda’s statement adds: “The deponent did enquire whether it was possible to meet personally with (Prince Andrew) but told this was not possible.”

He added that the Met officer said he could not answer as to Andrew’s whereabouts.

The statement says Andrew was served at 9.30am when Mr Sepulveda left the lawsuit in an A4 envelope, “addressed to the Duke of York”, with the policeman on duty at the main gates.

Also included was the judge’s order of a pre-trial conference hearing this Monday. The Queen tipped an entire inkpot over her head during a French lesson tantrum,...

Fortnite Party Royale time and how to join FREE virtual concert with Diplo and...

Love Island fans in hysterics as Mike trips and almost falls in the pool...