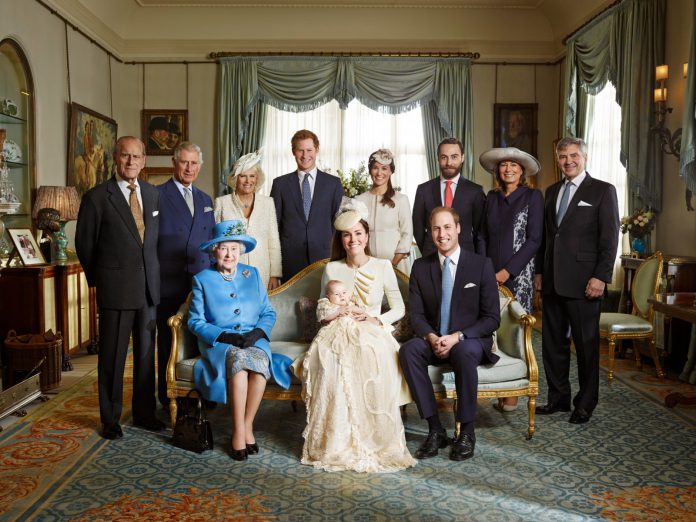 WHEN Prince William told the Queen he wanted to marry Kate Middleton, she was delighted. Why? Because her Majesty knew only too well the repercussions of coming from a broken home.

Shed seen the problems created by Diana and Fergies lack of a stable family life but there were no such concerns about Kate.

An ordinary girl from a solid background, this was someone who had the indispensable family support to sustain her through the rough ride to becoming royal.

As Editor-In-Chief of Majesty magazine, I have seen the royal familys popularity wax and wane but Kate is at the top of her game, living up to all expectations in devoting herself fully to The Firm. In return, The Queen and Prince Philip have welcomed the Middleton family with open arms.

Of all the in-laws whose offspring have married into the royal family in recent years, the Middletons have been the most embraced. They have stayed at Balmoral, been guests at Prince Charles Scottish retreat Birkhall, ridden in the royal carriages at Ascot races, lunched at Windsor, been invited into the Royal Box at Wimbledon and attended many high-profile events over the years.

So whats the Middletons secret to success? Mum Caroles glamour and business acumen and dad Michaels gentle nature and charm have proved the perfect elements for their eldest daughter to become the future queen. Kates stable background instilled in her a natural confidence, which has helped her so much in royal life. She never felt unloved and insecure as Diana and Fergie did when their mothers fled the marital home Fergie felt it was her fault her mother had left, and thought herself fat, unattractive and unworthy of her royal position. Diana told me that she always felt unable to go and meet the public if anything unpleasant had been written about her in the press that day. Despite her popularity, she still felt unworthy of any adulation and put it down to her childhood.

Kates family, on the other hand, has been forensically examined and their lives unpicked and they have never put a foot wrong. I met Carole at the home of racehorse trainer Hughie Morrison shortly before Kate and William were engaged, and she was clearly a party girl. She told me she had made money and wanted to enjoy it, and who can argue with that? But the moment I mentioned her daughter she shut up and has continued to do so.

The Duchess of Cambridges early life was far removed from the one she married into. Kate was born in the distinctly unglamorous Royal Berkshire Hospital in Reading. Home was a small semi-detached house in the village of Bradfield Southend and both her parents worked for British Airways. Carole wanted a large family, but after she had given birth to her second child Pippa just over 18 months after Kate, followed by son James three years later, she decided to set up her own business.

When Carole launched Party Pieces in 1987, the whole family were involved. She targeted local mothers with catalogues featuring photographs of Kate and Pippa modelling the merchandise. Dressed in T-shirts with their initials on the front, the sisters showcased their mothers products to perfection. Always a forerunner of trends, Carole was among the first to create her own website helped by her brother Gary, 10 years her junior, who founded his own IT recruitment business.

But for Carole, family always came first, and she worked hard to give them the opportunities she never had. The three children were well-educated and extremely well-mannered, could play sport, sing, dance and enjoyed the outdoors. Carol also taught them to cook, create and do things together as a family.

By the time Kate was 15, business was booming. They were a popular family admired by other parents who marvelled how Carole juggled her work while bringing up three children.

Carole instilled the work ethic in all her offspring and even after leaving home to study at the University of St Andrews, Kate also worked for Party Pieces, styling and eventually setting up the First Birthday side of the family business. Younger sister Pippa, meanwhile, managed the blog.

Kate, Pippa and Carol are extremely close. I still value their ideas and opinions, Carole said in a rare interview last year. And 32-year-old brother James is a key member, too. While Pippa, 36, was maid of honour at Kates wedding, James gave a poignant reading. He also revealed this year that his family, including Kate, joined him in therapy sessions to help him through severe depression.

Besides her beauty, it was the devotion of Kates family that attracted William to her after they met at university. They were able to give him what he had lacked since the death of his mother an ordinary family life without the pressure of the appointments and engagements his own father had. When Kate and William briefly split, it was Carole who encouraged her daughter to put on a brave face and not let him know how much she was hurting inside.

Once married, William came to spend more time with the Middletons than he did with his own father and used to call Michael Middleton Dad. For her part, Kate has always adored her father, who taught her and younger sister Pippa to excel at sport, especially tennis.

William and Kates holidays are also spent with her family. They escape the gaze of the British public on Alpine breaks and luxurious vacations on the Caribbean island of Mustique, this summer taking George, Charlotte and Louis. And the Middletons love being grandparents it was to their seven-bedroom Bucklebury manor house that Kate first retreated after giving birth to George. They are secluded enough to have the royal children to stay whenever they want.

Years ago, when the Queen was at her wits end with the breakdown of three out of her four childrens marriages, she asked her mother where had it all gone wrong. The Queen Mother reportedly said: You take these children from broken homes and give them a family life and all they do is throw it back in your face. Dont worry, it is a different generation and there is nothing we can do.

I often wonder if, when the Queen says her prayers at night now, she says: Thank god for the Middletons!

Clueless American tourists didn’t recognise the Queen and asked if she had ever met...