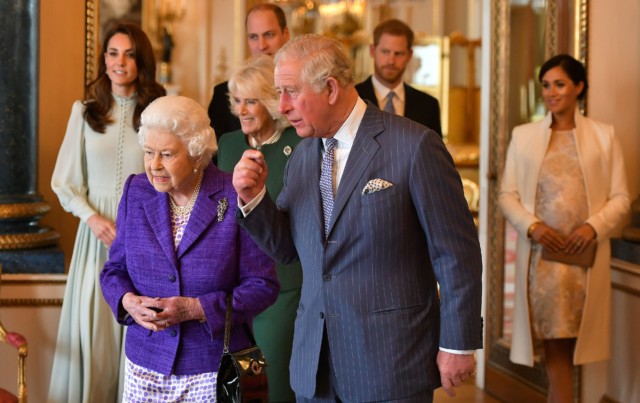 WHITEHALL drew up secret plans to evacuate The Queen and other senior royals from London in the event of nuclear war.

Her Majesty and key ministers would have been whisked away to remote lochs in Scotland to ride out the attacks on “floating bunkers”, historians say.

Officials began drawing up plans in the 1950s for “continuity of government” in the event of an A-bomb attack.

It would have seen Whitehall and Downing Street operations move to a vast bunker staffed by 4,000 civil servants in Corsham, Wilts.

The underground HQ – codenamed Burlington – even had a BBC studio so broadcasting could continue.

But the rise of ICBM rockets – and fears Soviet spies knew the bunker’s location – meant a rethink after the Cuba missile crisis in 1962. Instead the plan was to disperse key people away from London to the far corners of the UK, with only core support staff at Corsham HQ.

The hope was that some would survive and would then be able to coordinate the government’s response via secure communications.

The Queen, as head of state, has sole power to appoint prime ministers and so it was vital to keep her safe.

A memorandum from that year noted: “The details of these dispersal plans [Python] are among the most vital of Britain’s state secrets.”

The Queen and other royals would likely have been rushed away from London to various county houses – not known royal residences – during the “precautionary phase” when all-out war was feared.

A special unit of 1,300 soldiers was earmarked to guard them.

If there was time before an actual strike – a level three “catastrophic emergency” – the plan was to move to the monarch to the Royal Yacht Britannia.

The boat would then have sailed between various lochs, hidden from Soviet radar by surrounding mountains.

“The Queen had to be kept separate because only The Queen can appoint a Prime Minister,” historian Peter Hennessy told BBC Radio 4.

“She could not be with the Prime Minister and the War Cabinet because they would get wiped out the moment they operated from this bunker.

“The signals traffic would give the [Soviets] a very good idea of what was happening.”

For practical reasons, the plan called for the Home Secretary to be on board with the Queen.

The espionage expert added: “The Home Secretary was with her so they could have a Privy Council with the Queen’s Private Secretary, the Duke of Edinburgh and The Queen to appoint the new government out of the ruins.

“She was going to lurk in the sea lochs of the North West coast of Scotland, moving at night from one to the other, because the mountains would stop the radar getting to her.”

If there was no time to evacuate, The Queen could have take refuge in an underground bunker reported to have been installed at Windsor Castle.

There was even said to have been a bomb pressure indicator on the castle’s lawn, allowing scientists to monitor the blast wave and see how far the devastation had spread.

The top secret hideaway was reportedly demolished during the devastating 1992 fire.

Experts say current contingency plans for nuclear war are likely to operate on the same idea behind Python.

Prince Charles and Prince William – as next in line to the throne – would be whisked away to separate secret locations. Moment Putin has speech mysteriously cut off during rally in Russia In 2019 it was claimed the Python scenarios were updated as part of Operation Yellowhammer plans for a No Deal Brexit.

Reports claims there were plans to evacuate The Queen from Buckingham Palace in the event of riots. Prince Charles and Prince William are likely to have their own evacuation plans, experts say Whitehall planned to move thousands of staff to this huge bunker at Corsham, Wilts, in the event of nuclear war

EastEnders fans horror as Linda Carter winds up in a seedy hotel with another...

Only my tough Rwanda migrant policy will saves lives in the Channel, says Priti...