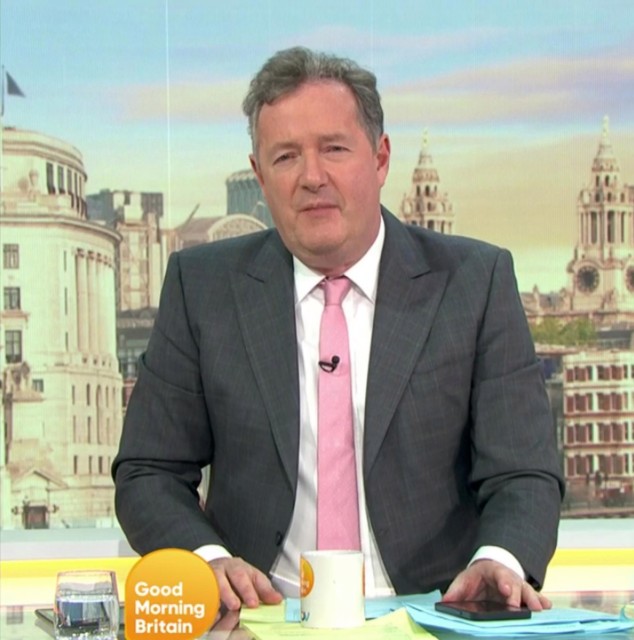 ITV boss Carolyn McCall has refused to deny Piers Morgan could lose his job on Good Morning Britain over his comments about Meghan Markle.

The outspoken TV host, 55, has ruffled feathers thanks to his reaction to Meghan’s bombshell interview with Oprah alongside Harry, which has led to calls for him to be sacked.

Addressing the backlash over Piers’ comments, in particular his refusal to believe Meghan felt suicidal, CEO Carolyn today admitted: “We are dealing with that as we speak.”

When pushed on if he would be sacked, she said:  “I’m not making any comments on this.”

She revealed that Piers has been spoken to by ITV programmer Kevin Lygo and that her views on the matter are entirely different. Meghan told how life as a royal became unbearable

“I haven’t spoken to Piers myself, but I know Kevin Lygo is speaking to him on a regular basis and has done so the last couple of days.”

In the interview with Oprah Winfrey, Meghan told how life as a royal became unbearable and she “didn’t want to be alive anymore.”

Lots of people on here want me fired for expressing my opinion on the Pinocchio Princess. If you want to join them, there are various petitions still doing the rounds from the last few times you've all tried, and failed, to have me fired for saying what I think.

Speaking on Good Morning Britain, just hours after the interview aired in the US, Piers said “I don’t believe a word she says.”

Following his rant, a series of petitions were launched begging bosses to axe him from the morning show.

Unconcerned, Piers responded to the backlash and tweeted:” Lots of people on here want me fired for expressing my opinion on the Pinocchio Princess.

“If you want to join them, there are various petitions still doing the rounds from the last few times you’ve all tried, and failed, to have me fired for saying what I think.” Today Piers stormed out of the GMB studio after his colleague Alex Beresford’s monologue criticising him for continually attacking Meghan.

Alex said he found it “hard to watch” a half hour segment of yesterday’s show in which Piers savaged the interview.

Piers didn’t like what his co-star had to say, refusing to listen before snapping “I’m not having this” and heading to the studio exit.

He was off-screen for almost 20 minutes, but later returned, slamming Alex for “launching a personal derogatory attack” on someone that he works with.

Inside Liz Truss’ meeting with the Queen as Her Majesty appoints 15th PM of...

If you work from home here’s how to transform a junk cupboard into a...