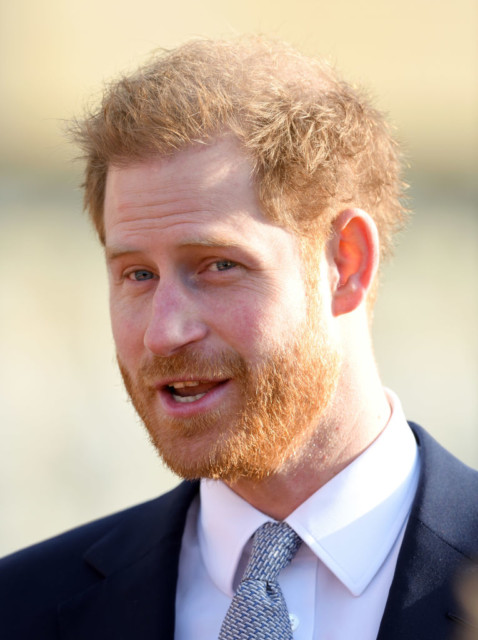 The barrister hit out at the Duke of Sussex after he slammed the British press again in a US interview.

Harry, 37, also moaned a Twitter CEO “never got back to me” after he warned the platform was being used to plot a “coup” and spread “misinformation” the day before the US Capitol riot.

Meanwhile, Meghan made an appearance at the New York Times DealBook online summit yesterday and called British tabloids “toxic” saying they should come with a health warning, like cigarettes.

Speaking as he hosted GMB with Susanna Reid, Judge Ringer – real name Rob Rinder – said: “Prince Harry! What? I don’t understand at all. I mean Prince Harry, with the greatest respect in the world, what qualifies him more than anyone else at all?

Rob then pointed out The Duke of Sussex was told to break his silence on the streaming giant’s controversial depiction of Princess Diana, despite his own big-money contract with them.

It came after Jemima Khan, 47, Diana’s close confidante, walked out of her advisory role on the show and demanded her name be removed from credits saying her friend’s story was not being “told as respectfully or compassionately as I had hoped”.

Rob added: “I want to be clear, I like Meghan and Harry, her views might not be your cup of tea, fair enough.

“But my question is, if he’s worried about misinformation, what about the fact him and Meghan have taken a huge deal from Netflix and the misinformation about his late mother, Lady Diana, and they’ve taken millions of pounds.

“How is that OK, how is that consistent, or not ‘misinformation?”

Dozens took to Twitter to praise the barrister on his debut.

One said: “Can we please keep Rob Rinder on the show? #GMB” as another viewer raved: “Rob Rinder is awesome #GMB”

And one more tweeted: “Have to say love rob rinder on gmb #GMB. Need to keep him on” Who is Lauren Silverman, is she married to Simon Cowell and how many children...