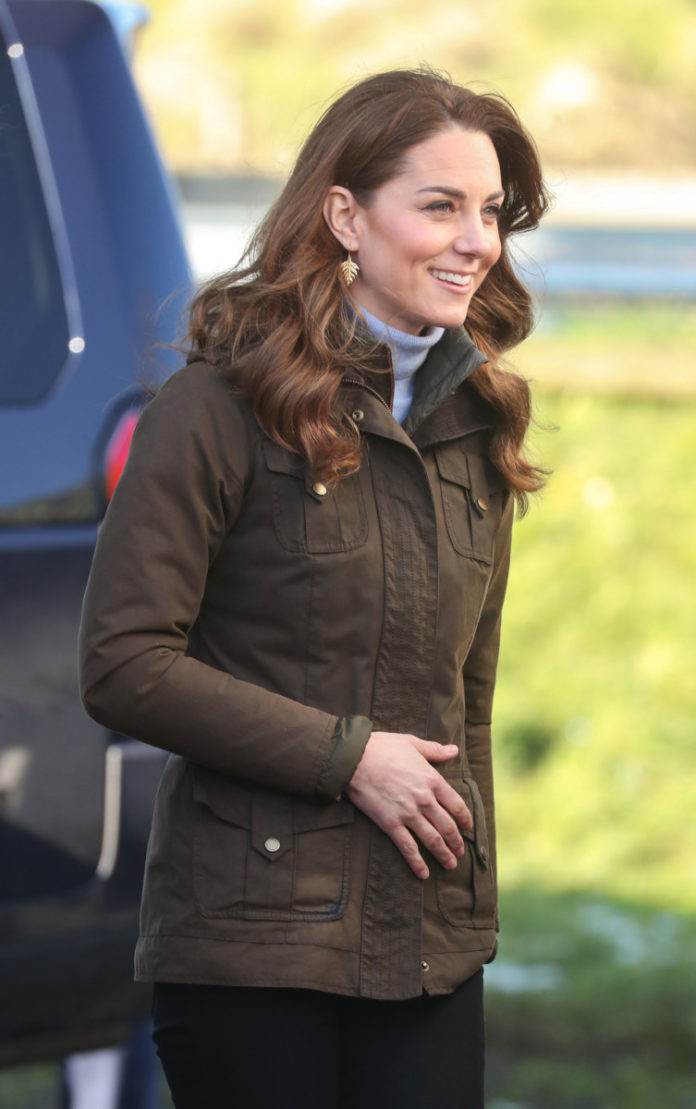 KATE Middleton stunned in country chic as she headed to a farm in Northern Ireland today.

The Duchess of Cambridge smiled as she arrived at The Ark Open Farm in Newtownards, the latest engagement for the royal as she continues to shine a light on early childhood.

During today’s solo visit to Northern Ireland, the 38-year-old will be guided through the farm before meeting staff at the family run attraction near Belfast.

And she looked ready to see everything on offer as well, donning a warm brown coat paired with black jeans and boots.

She also made sure to focus on kids at the farm – immediately bending down to chat to some of the littlest members in the crowd waiting to meet her.

Today is just another engagement for hard-working Kate, who has travelled to Birmingham, Cardiff, Woking and London in the past month.

The mum-of-three has visited early childhood centres, schools and prisons to promote her landmark ‘5 Big Questions on the Under-Fives’ survey that examines how experiences during youth can be at the root of social challenges later in life.

It’s a big day for the royals today, with Prince William and Camilla also out and about today.

The Duke of Cambridge is expected to host a reception for children and families supported by the Metropolitan and City Police Orphans Fund.

The Royal Family has been out in force over the past couple of weeks after Prince Harry and Meghan Markle announced they were quitting.

The couple are now living in Canada, seen for the first time at a public event in Florida.

Meanwhile, media experts have suggested Meghan and Harry could make up to 400,000 for a single speech.

They had been lying low with baby Archie at a 10.5million Canadian mansion on Vancouver Island after quitting as working royals last month.