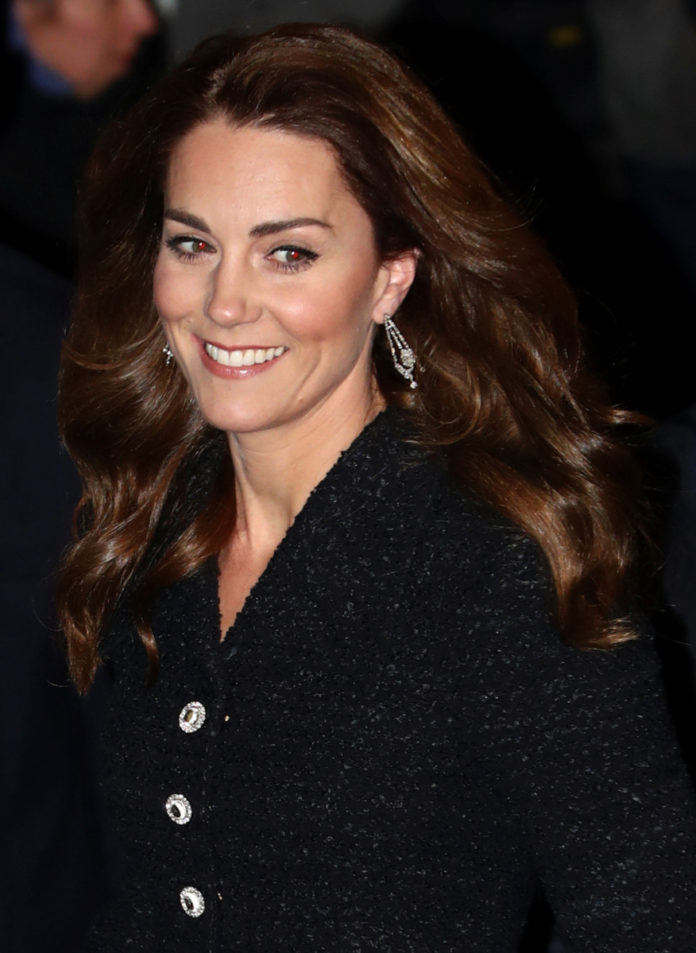 AS we’re sure Kate Middleton would agree, one of the perks of being a member of the Royal Family is being allowed to wear some of the Queen’s jewellery on special occasions.

Last night, the Duchess of Cambridge dazzled in a pair diamond chandelier earrings from Her Majesty’s collection as she enjoyed a date night with Prince William at the Noel Coward Theatre in London.

The intricate design has three strands of smaller jewels dangling from a statement diamond arc.

The Queen’s chandelier earrings are one of Kate’s favourites pieces of jewellery and she has worn them for a number of high profile events in the last nine years.

In July 2011, Kate chose the show-stopping earrings when she walked the red carpet in Los Angeles for a BAFTA event which Prince William is patron of.

Until now, the last time Kate wore the earrings was in November 2018

She wore them again in December 2013 for The Queen’s diplomatic reception at Buckingham Palace and and twice in 2017 when she was expecting Prince Louis.

Until now, the last time Kate wore the earrings was when she attended The Tusk Conservation Awards in London in November 2018.

Although the intricate jewels are some of Kate’s favourites, The Queen is thought to have never worn them for a public engagement.

Kate paid tribute to The Queen amid the Megxit drama

The Duke and Duchess of Cambridge put on a united front last night as they put Megxit to the side while attending a new play in London about mental health.

Kate’s sweet tribute to The Queen followed reports that the couple are on acollision course with Prince Harry and Meghan Markleover their royal schedules in the coming weeks.

And The Queen wants Meghan Markle and Prince Harry’s exit to be done and hates discussing it, an expert has claimed.

Plus Meghan Markle’s “healthy Californian habits” are “rubbing off” on Prince Harry as he adapts to life in Vancouver.