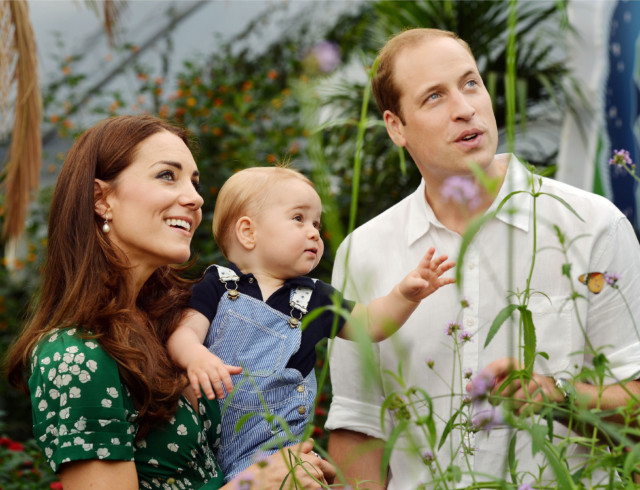 AS a senior member of the Royal Family, Kate Middleton could have a whole team of nannies raising her three kids if she wanted – but the Duchess has instead preferred to take a more hands-on approach to parenting.

And just like lots of other mums-to-be, Kate decided she wanted to try her hand at knitting back when she was expecting Prince George – but it did NOT end well.

In 2013, the now mum-of-three was on a royal tour of Scotland when she told a fan in Glasgow about her new hobby.

As Hello! reports, the Duchess told a local teen: “I’ve been trying to knit and I’m really bad. I should be asking for tips!”

Seven years later, Kate was visiting the organisation Older Yet Wiser – which supports grandparents – in Bradford when she mentioned her hilarious mum fail again.

While admiring some of the participants’ crochet work, the mum said she’d finally given up on the idea of knitting George a jumper.

She said: “I tried knitting when I first had George. I tried to knit him a very special jumper.

“But I got halfway down and it splattered. It’s such an amazing skill!”

Proving she’s just like any other ordinary mum, Kate has previously spoken about how she likes to get creative in the kitchen with her kids.

When Kate was recently making food for a Commonwealth Big Lunch at St Luke’s Community Centre, she said: “I’ve done that with George and Charlotte—making pizza dough.

“They love it because they can get their hands messy.”

Kate also revealed during an engagement in Luton where she watched a cooking demonstration: “When I try to do this with George at home, chocolate and the golden syrup goes everywhere.

And while the Cambridges are said to have “strict” rules when it comes to screen time, Prince William told BBC Radio 1 that Prince George was a huge fan of Peppa Pig before moving on to Fireman Sam.

In more Royal Family news, Meghan Markle let slip Prince Harry’s private nickname… and the royal got mocked for it.

And Meghan Markle was branded ‘that MINX’ by Camilla who thought she was ‘ungrateful’, expert claims.

Emmerdale’s Rebecca Sarker looks world’s away from Manpreet character as she shows off her...

Will Strictly Come Dancing happen in 2020?

Boris Johnson tells EU he is ‘sticking up’ for peace as he prepares to...