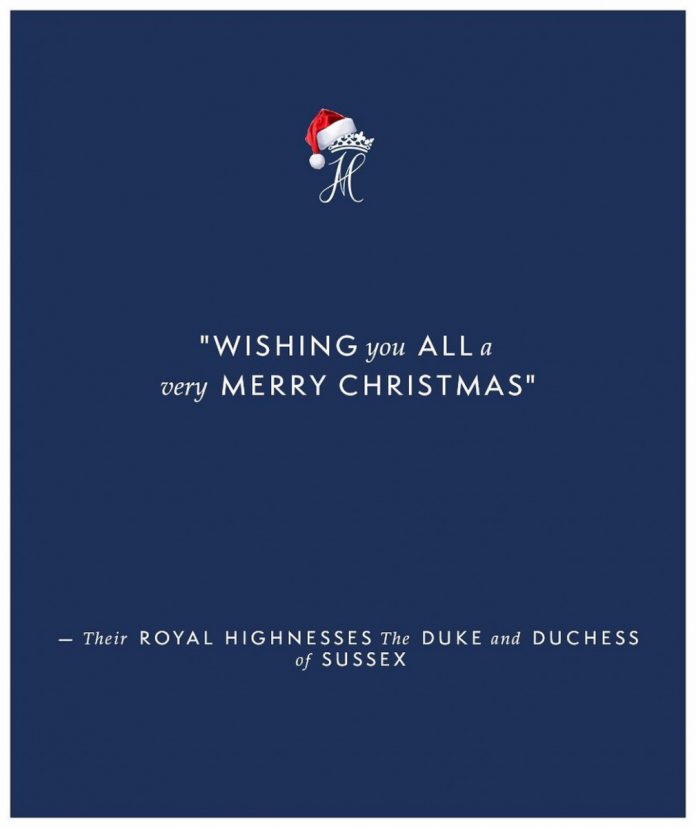 MEGHAN Markle and Prince Harry have wished their Instagram followers a very Merry Christmas from Canada.

Taking to their official account Sussex Royal the Duke and Duchess of Sussex shared their message with their 9 million strong following.

The message read: Wishing you all a very Merry Christmas.

It was signed Their Royal Highnesses the Duke and Duchess of Sussex.

The message took the same format as many of their Instagram posts featuring white lettering on a royal blue background.

It also featured the H and M logo which, in a festive twist, featured a Santa Claus hat, and Harry and Meghan had also added three festive emojis to their caption.

The post has thus far amassed more than 50,000 likes as royal fans shared their own seasons greetings with the couple.

The Duke and Duchess are currently on a six-week break from royal duties, spending Archie’s first Christmas in Canada where they are expected to remain until the New Year.

They decided to snub the Queens invitation to Sandringham in favour of staying abroad.

It’s thought the royal couple are deliberately avoiding the US and trying to stay away from press.

According to the Daily Mail, one friend said: “They have barely set foot outside the door and have been enjoying some quality family time together.”

It’s reported that Meghan’s mum, Doria has also been visiting them from LA.

Meghan lived in Toronto for seven years while filming Suits, and some of her best friends still live in the country.

The royals are pictured on the floor in front of a Christmas tree decorated with lights and baubles.

The card reads: “Merry Christmas and a happy new year from our family to yours.”

In other royal news, we told you that the Queen didn’t visit Philip in hospital as she “wanted to respect other patients’ privacy.”

Plus we shared how the Queen acknowledges Royal Familys bumpy year in Christmas Day TV speech.

And the Queen put on brave face as she attended Sandringham carol concert without Duke of Edinburgh.

Half of workers in the UK would switch careers for better pay, a study...

ITV confirm whether Coronation Street and Emmerdale will air on Monday night as soaps...

Madeleine McCann detectives ‘hired prisoner to get confession from prime suspect Christian B’ behind...