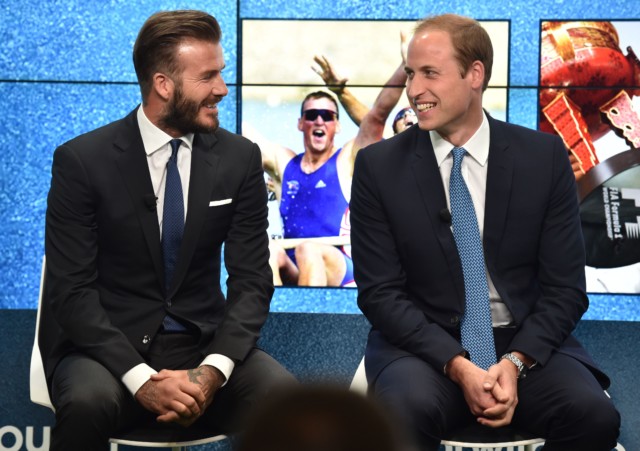 MEGHAN and Harry weren’t invited to Brooklyn Beckham’s wedding – but Kate and William were, it’s reported.

Kate and William were invited to Brooklyn Beckham’s wedding because of their long friendship with the couple – but Harry and Meghan weren’t, it’s reported
The Beckhams are close with the Sussexes and the Cambridges. It’s understood the former football ace and his fashion designer wife ‘agonised’ over the decision

The Cambridges were invited to the stunning event in Florida after inviting the Beckhams to their own wedding in 2011, it’s understood.

However, it’s understood they politely declined the invitation, and did not fly out for the celebrations.

The Sussexes also invited David and Victoria to their big day in 2018.

It has long been reported that they would be at the top of the guest list, as David and Harry are known to be friendly.

Read more on the Royal Family Harry ‘addicted to drama – but will realise he’s living in Goop’, expert says

However, it’s been reported by the Mirror that they did not receive an invitation.

The paper claims the Beckhams “agonised” over which royal couple to invite because of the alleged rift between William and Harry.

However, in the end they decided to ask William and Kate to attend because of their long friendship, it’s said.

A source close to the Beckhams told the publication: “David and Victoria wrote to William and Kate inviting them and the family to their son’s wedding.

“William replied wishing them a great deal of joy but [said] they were unable to attend.”

William and Kate were “always” the Beckhams’ choice as the couples have a “very strong relationship”, it’s claimed.

However, it’s believed security issues prevented the couple from accepting their invitation.

David and William have struck up a firm friendship over the years, with England’s footballing hero often now joining the Duke to spread awareness of mental health issues.

Last year, David and son Romeo shared the Royal Box at the Euros with Kate and William.

The former footballer posted a selfie with Kate in the background after England knocked Germany out of the competition.

Photos from the game also show the couple laughing with the Beckhams, who were sitting directly behind them.

David revealed he’s “good mates” with William in an interview from ten years ago.

He told Esquire: “It’s a very normal relationship, with Harry as well.

“They’re very easy to get along with. They love their sport.

“William loves Aston Villa, unfortunately, which obviously I give him a bit of stick about.”

Last year, David and William reunited at the Sun’s glittering Who Cares Wins awards. They flashed relaxed grins at the camera as they caught up.

It’s thought David first became close to both of the princes as they campaigned for London to hold the World Cup back in 2012.

The football ace and dad-of-four was master of ceremonies at Brooklyn’s wedding yesterday.

Romeo, 19, and Cruz, 17, were joint best men, while little sister Harper, 10, was among the bridesmaids.

Gordon Ramsay, Mel B, Serena Williams and Eva Longoria were among the guests, as were model Gigi Hadid and reality star Nicole Ritchie. It’s hard being beautiful, I’m even hotter than 10 years ago & women hate me

Snoop Dogg performed a DJ set and Marc Anthony – ex-husband of film star Jennifer – serenaded the couple during performances inside one of three huge marquees.

Representatives for both the Cambridges and the Sussexes have been contacted for comment. The Beckhams attended the weddings of both William and Kate, and Harry and Meghan David and the brothers are believed to have become friends in 2012, and he maintains close friendships with both royals

Who is Sinnise Fudge? Love Island 2020 contestant from Bristol