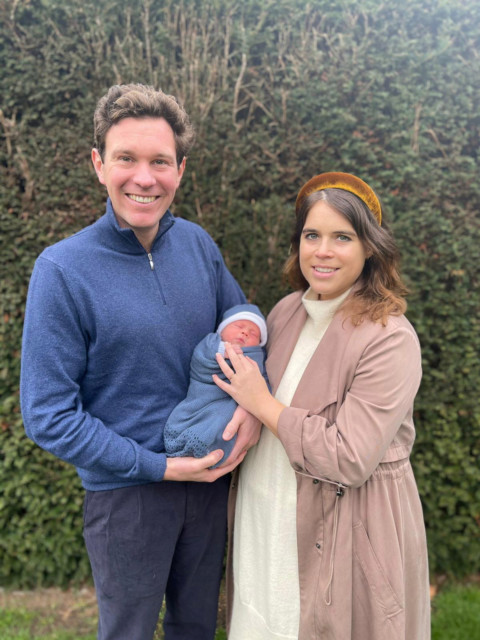 PARENTS are following in the footsteps of Princess Eugenie and Millie Radford as the names August and Ophelia soar in popularity.

Fresh stats have revealed the choices proving a hit with parents-to-be, with even Harry Potter influencing new mums.

Website Nameberry revealed their list of the hottest names so far this year, when compared with last year.

Explaining how they came up with the list, Nameberry said: “We compared viewer figures for February 2021 versus February 2020 to find out which names have had the biggest rise in traffic in the last year.”

It seems the birth of Princess Eugenie’s first baby, with husband Jack Brooksbank, has sparked interest in the name August.

The pair settled on August Philip, in a sweet gesture to Princess Eugenie’s granddad, Prince Phlilp.

Eugenie posted on Instagram: “We wanted to introduce you to August Philip Hawke Brooksbank.

“Thank you for so many wonderful messages. Our hearts are full of love for this little human, words can’t express.”

Nameberry revealed the calendar-inspired choice had shot up in popularity, as they listed it among the 10 names which had seen the biggest increase in searches.

Another character from the wizarding world, Bellatrix, made the cut for girls’ names, along with Naya, Willow, Daphne.

Samantha – a popular choice in the 1980s – is also back after a spell, with the name made famous by the Sex and The City character, minx Samantha Jones.

While Ophelia didn’t make the top 10, the naming experts noted it was on their hot-list, after seeing a surge in searches – with eight per cent more traffic in just one week.

Overall the name, which Nameberry said had ‘risen significantly’, saw more than a 45 per cent increase in hits when compared to last year.

The 19-year-old, one of Sue and Noel’s 22 kids, lives in 10-bed house in Morecambe, which was previously a care home. The tot’s full name is Ophelia Jo Radford, and the teen announced her arrival with an adorable snap on her Instagram page.

Explaining more about how they put their list together, Nameberry said: “One way to do this is through our website data, which tells us not just which names get the most views, but also which are increasing their views fastest.”

And these were the most-searched for baby names of 2020 revealed – including Luna, Maeve and Milo.

Plus experts predict what the most popular baby names will be in years to come – including Everest and Clover.

Meanwhile here’s everything you need to know about Princess Eugenie’s baby announcement.

Did you miss our previous article…
https://www.hellofaread.com/royal/leader-of-black-choir-that-performed-at-meghan-and-harrys-wedding-says-racism-in-royal-family-hard-to-believe/

EastEnders’ Ian Beale is shown returning to the soap as he visits Dennis’s grave...

Who was the Queen’s father George VI and how did he die?