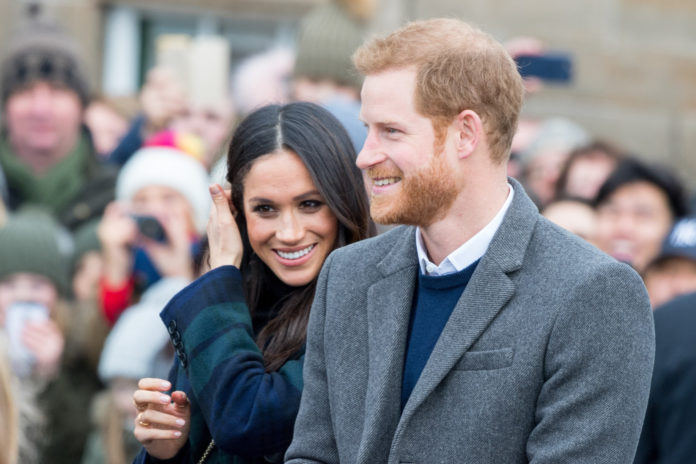 MEGHAN Markle and Prince Harry will stop using their ‘SussexRoyal’ brand from Spring 2020.

It comes after the Duke and Duchess spent tens of thousands of pounds on a new website and trademarks in preparation for quitting public duties at the end of March.

The Queenhas told the couple they cannot use ‘Royal’ in their new commercial lives as they look to gain ‘financial independence’ after moving to Canada.

The royal couple’s spokesperson said tonight: “Given the specific UK government rules surrounding use of the word Royal, it has been therefore agreed that their non-profit organisation, when it is announced this Spring, will not be named Sussex Royal Foundation.”

“Therefore the trademark applications that were filed as protective measures, acting on advice from and following the same model for The Royal Foundation, have been removed.”

Prince Harry and Meghan are formally stepping down as working royals as of March 31.

Their bombshell announcement last month sparked ‘Megxit’ talks and Buckingham Palace officials had made it clear the use of the word royal would have to be evaluated.

The Queen had made clear she does not accept working Royals profiting from their royal position.

It comes after Harry and Meghanaxed their 15 UK staff, in their surest sign they will never return to Britain to live.

The couple are living in an 8m mansion on Vancouver Island after leaving Britain and will officially stand down as working royals after completing a series of official engagements next month.

The couple havealready been booted out of their Buckingham Palace officeand Harry must ditch his honorary military positions for at least 12 months.

They have been allowed to keep their HRH titles but have been forced to accept that they will not use them publicly as they tout for business around the globe.

The Sussexes have already agreed to repay the 2.4million of taxpayers money used to refurbish theirFrogmore Cottagehome in Windsor and are expected to pay a commercial rent for it of about 30,000 a month. Shocking photos of nurses STILL with not enough coronavirus protection as ministers tell them...

I’m a legal expert – these are the three times you can’t complain if...

Britain has now vaccinated more people than the WHOLE of Europe – as EU...