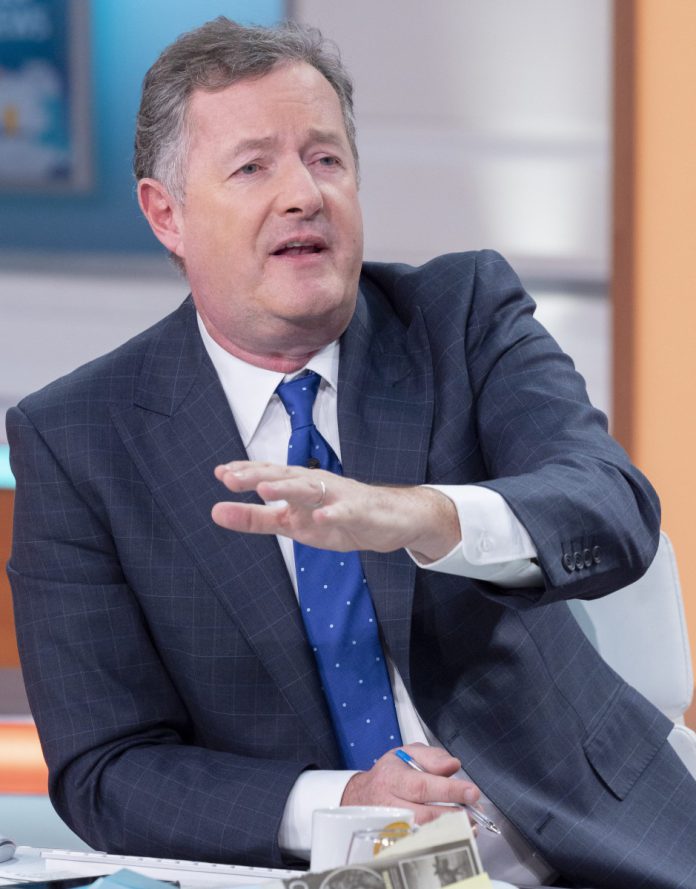 Morgan has become increasingly irate since Harry and Meghan’s bombshell announcement last week they are quitting as senior royals.

Former newspaper editor Morgan has been vocal in his criticism of the royal couple, who he has compared to “Kardashian-wannabes” and “Royal Hustlers”.

In his latest newspaper column, he accused the Duke of Sussex of becoming a “weak, whiny, miserable, entitled parody of the fun-loving army prince we all loved”.

Fuming at the pair, he blasted them for being the “most woke, over-sensitive, woe-is-me couple in the world.”

“But they don’t want to do any of the less glamorous hard yard stuff that goes with being a full-time working royal.”

He also accused the couple of “playing the race card” and claimed the Duchess of Sussex was a “selfish and ruthless social climber”.

His fierce criticism comes as Harry and William united to say they are “deeply, deeply unhappy” about claims the Duke of Cambridge’s “bullying” had created a royal rift.

The Times, citing an unnamed source, reported that Harry and Meghan had been pushed away by “a bullying attitude” of William who had not been welcoming to Meghan.

But William and Harry spoke out slamming the “offensive and potentially harmful” claims on the day the Queen called a summit at Sandringham for senior royals to discuss face to face for the first time the Sussexes’ plans to forge a new role for themselves.

A joint statement issued on behalf of the princes said: “Despite clear denials, a false story ran in a UK newspaper today speculating about the relationship between the Duke of Sussex and the Duke of Cambridge.

“For brothers who care so deeply about the issues surrounding mental health, the use of inflammatory language in this way is offensive and potentially harmful.”

The historic meeting will be the first time Harry has met with his grandmother, the Prince of Wales and Duke of Cambridge since the issue engulfed the royal family this week.

Harry and Meghan made clear in their statement last week they want to step back from being senior royals, become financially independent and split their time between North America and the UK.

Meghan is with their baby son Archie in Canada, but a royal source said it is likely she will join the crisis talks by phone.

The duchess flew to Canada a few days ago where the family spent an extended festive break in the province of British Columbia.

The meeting comes after it emerged The Sussexes may threaten a tell-all US TV interview to get their way at the royal summit.

Her American PR team is already in touch with major US networks and chat show queen Oprah Winfrey.

The couple could use the TV threat to try to secure a better deal at the crunch Sandringham talks.

Ant and Dec go crazy over a pen ‘that has everything’ as they film...

Coronation Street fans work out who murdered Charlie Walter – and it’s NOT Stu...

Dominic Raab vows to use ‘every last hour’ to get Brits out of Afghan...