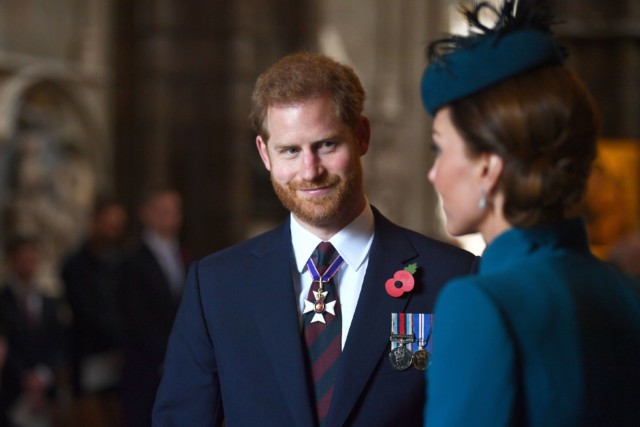 PRINCE Harry made Kate Middleton “shed a tear” on her wedding day, according to a royal author.

The Duchess of Cambridge, 38, was moved to tears by Harry‘s best man speech for his brother William, who tied the knot in April 2011, the book claims.

In this book, she said of the speech: “It was affectionate, warm and funny and touched William deeply.

“When he said the couple’s decade-long romance was his inspiration, there was a shy smile from Chelsy, while Kate shed a tear.”

Although Harry’s impression of his brother “cooing down the phone at Kate” and calling her “Babykins” got a big laugh, then-girlfriend Chelsy Davy asked for one omission. Katie added: “She had helped Harry edit the best man’s speech, sensitively advising him to take out a line about Kate’s ‘killer legs’ that might have embarrassed the bride.”

For the reception, Harry and maid of honour Pippa Middleton transformed the Throne Room at Buckingham Palace into a “nightclub” – with disco balls and giant bowls of Haribo sweets.

But it was this wedding which made Chelsy realise royal life wasn’t for her, according to Katie’s book. Harry’s then-girlfriend Chelsy Davy advised him on the speech

A friend told Katie Chelsy realised she “could never make the sacrifices Kate had made”, despite “truly loving” the prince.

Harry and Chelsy met during their school days and were in an on-off relationship for seven years, remaining close after their split.

Chelsy was even invited to Meghan and Harry’s wedding at Windsor Castle, in May 2018, although she wasn’t included in the more exclusive after-party guest list.