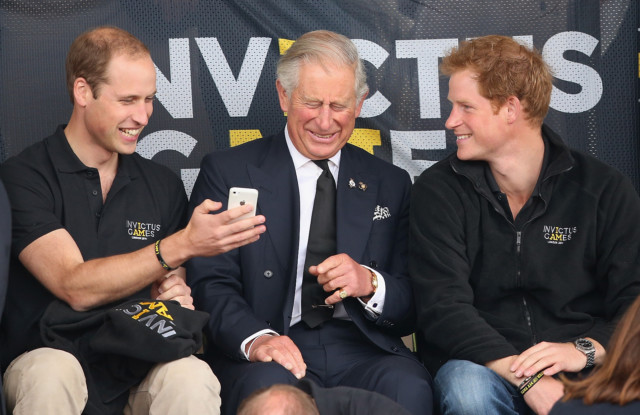 PRINCE Harry’s “outstanding issues” with his family were not addressed on his trip back to the UK despite a royal summit, a pal says.

The Duke of Sussex, 36, met with Prince Charles, Prince William and Kate Middleton at a summit after Prince Philip’s funeral on Saturday.

But a source hinted to pal Omid Scobie the rift may not be healed as their problems were not “addressed”.

The source told Bazaar.com: “This trip was to honour the life of his grandfather and support his grandmother and relatives.

“It was very much a family-focused period of time. Saturday broke the ice for future conversations but outstanding issues have not been addressed at any great length.

“The family simply put their issues to one side to focus on what mattered.”

The magazine reports Harry also met with the Queen privately “at least twice” on his nine-day trip to the UK.

He was staying at Frogmore Cottage in the days leading up to the funeral, close to where Her Majesty walked her dogs.

Scobie, who wrote explosive biography Finding Freedom about Megxit, said while no plans have been officially confirmed, Harry is expected to come back to the UK in July.

This would be for the unveiling of a statue of his late mum, Princess Diana.

He is thought to be planning to join brother William for a ceremony at Kensington Palace, rescheduled from last summer.

Harry had rushed back to England after Prince Philip tragically passed away on April 9 but has since returned to pregnant wife Meghan Markle.

He flew to Los Angeles on an American Airlines flight from London, which arrived at LAX shortly after 1.30pm local time on Tuesday.

His swift exit means he is missing the Queen’s 95th birthday today.

The royals have agreed on a rota to visit the grieving monarch – with Princess Anne and Sophie Wessex reported to be among the first visitors.

Her Majesty will also be visited by her son Andrew, granddaughter Eugenie and her newborn son August in the coming days. Harry returned for his grandad’s funeral on Saturday

Will banks close on the day of Queen Elizabeth’s II’s funeral?