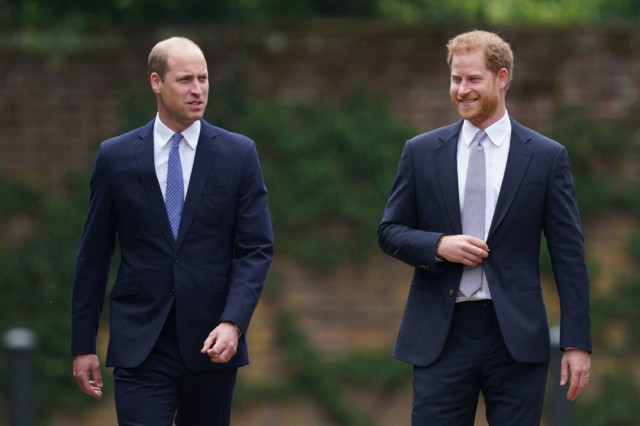 PRINCE William thinks Harry has been sucked into an “alien world” and Kate was “disrespected” on Oprah, a royal source has claimed.

Tension between the brothers began when the Duke of Sussex stepped down from life as a senior royal to move to the US with wife Meghan Markle.

Since then there have been more reported feuds – the most major sparked by Harry and Meghan’s tell-all chat with Oprah Winfrey.

Now a source close to the Duke of Cambridge has claimed he thinks his brother has slipped into an “alien world” since trading the UK for the US.

Speaking to Mail Online they said: “William is absolutely allergic to drama, but Harry has ensured that the family laundry is being aired on a global scale.

“I think they will find themselves in a better position in the future, but not now. And too much water has gone under the bridge for things to ever go back to the way they were.

“Truthfully, William thinks Harry has been sucked into an alien world and there’s f*** all he can do about it.

“But he does want Harry to be happy, and if he stops throwing dust in their faces, then maybe he will find a way to forgive and forget.”

Meanwhile, another source claims William is still angry with his younger sibling after Kate was “disrespected” in the bombshell Oprah interview.

In November 2018, it was reported “Meghan left Kate in tears” over her demands for Princess Charlotte’s bridesmaids dress during a “stressful” fitting.

It was then subsequently claimed that the “rift” began when Kate said the bridesmaids should follow royal protocol by wearing tights which Meghan disagreed with.

But when asked by Oprah during her bombshell interview, if it was true she made Kate cry, Meghan replied: “No, no, the reverse happened.

She also claimed Kate had brought her flowers in apology.

The source said: “It obviously never occurred [to Meghan] that they were a peace offering, not an apology.

“Despite much provocation, both William and Catherine have tried to keep the peace more than anyone will ever realise.”

It comes after reports that William reportedly spent “no time” with his brother during the Platinum Jubilee celebrations.

The brothers were both at St Paul’s Cathedral for the Service of Thanksgiving but otherwise did not interact.

They were seated on opposite sides of the room, giving an insight into how their roles have changed.

We can’t open our windows, sunbathe or have a BBQ on hottest day of the year And Harry and Meghan’s exit from royal life is still said to be raw for William.

A friend told The Times: “He’s still deeply upset about it and feels let down, but he’s moved on.”

Is Jayne Torvill married and how did she meet Christopher Dean?

Love Islands Leanne splits from Mike and sleeps in the dog house after he...