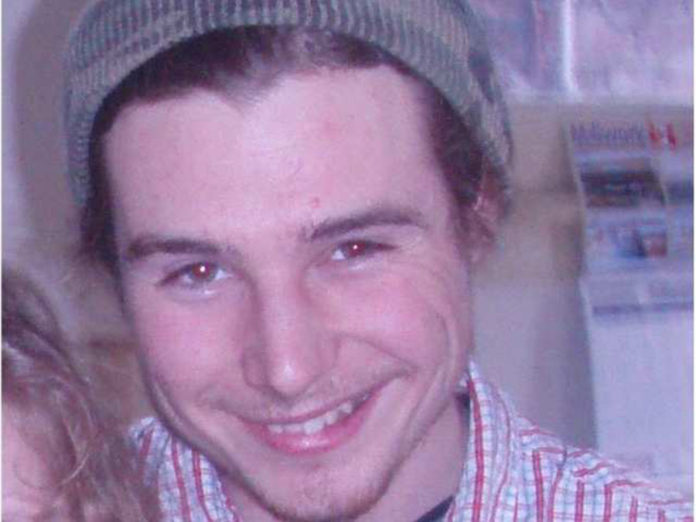 THE sister of a mentally ill man has today slammed a phone network she blames for her brother’s death after its ‘kindness’ campaign was promoted by Prince Harry and Meghan Markle.

But they were slammed for piggybacking off the “hot topic” of mental health while not properly researching the campaign run by Bell Canada – which was named as a factor in the death of Cleve Geddes.

The 30-year-old hanged himself at the Ottawa-Carleton Detention Centre in February 2017 after he was unable to call his family.

The young man, who lived with schizophrenia, had been sent to solitary confinement after there were no beds available for a psychiatric assessment.

And Clive – known as Cas by his family – hanged himself after being unable to call his family due to Bell Canada’s restrictive phone policy that does not allow collect calls to be placed to mobile phones.

And speaking to the Sun Online today, his sister Sigrid held back tears as she slammed BellCanadafor their “hypocritical” campaign.

She said: “It’s very typical, it’s a very classic behaviour of celebrities to do this.

“Mental health is important for all of us and it makes them look good to be actively speaking about a very, very hot topic that has been taboo to speak about.

“It makes them look good.

“Am I disappointed? I think they need to be made aware that this is a media campaign to make the company look good.

Sigrid had tried to call her brother while he was in prison but had been told she was not able to speak with him before his death in February 2017. Likewise, Cleve had been unable to call his family.

And Sigrid slammed: “BellCanadaare making themselves look like they are doing something positive and they are not.

“Sure, they put a lot of money into these awareness campaigns but it’s extremely hypocritical.”

BellCanadaruns the phones at a string of jails across the country, and has been widely criticised for making calls for prisoners too expensive.

Campaigners say it cuts them off from crucial counselling sessions and means they are unable to afford vital chats with family members.

The coroner at Mr Geddes’ inquest even spoke publicly to call for an overhaul to the phone systems to “make it easier for inmates to make outgoing phone calls”.

Meanwhile, the company has promoted the Let’s Talk campaign urging people to support mental health and to communicate with each other.

And grieving Sigrid described her brother’s inability to talk to his family before his death as “a complete disaster.”

She said the last time she had spoken to Cleve was a few days before he was imprisoned, with the pair having lunch together.

She said: “He was one of my best friends, he was beautiful.

“Before he got sick, he was the apple of everybody’s eye. He was the best brother that anybody could wish for.”

Sharing pictures of people taking part in the campaign, the Duke and Duchess wrote: ‘We are so happy to be supporting Bell’s mental health campaign’

HarryandMeghan had last month gushed they were “so happy” to be backing Bell Let’s talk campaign, which vows to donate five Canadian cents towards mental health initiatives.

Encouraging their11m fansto get involved, they said: “Please share, please talk and be part of the solution”.

They also shared an emoji of the Canadian flag – perhaps highlighting their newfound patriotism.

The ‘woke’ pair have regularly spoken out about mental health awareness, even telling Tom Bradby in their African documentary thatthey too had struggled with the pressures of royal life.

But it appearsBellCanadais yet to make changes – sparking huge backlash from prisoner rights’ activists.

A spokesperson for the prisoners’ rights group said: “In 2017, Cleve Geddes committed suicide in an Ottawa prison after trying to reach out during a mental health crisis. He was unable to contact his support system via phone.

“Its no secret that prisons take a toll on mental health.

“Many people in prisons live with mental health challenges or develop them due to prison conditions.

“So why does Bell, a company that promotes itself through mental health initiatives, contribute to these conditions and make it so much harder for those in prison to get help?

“What use is Bell Let’s Talk Day if Bell is making things worse the other 364 days of the year?”

The spokesperson added: “If you want to show us you truly care about ‘talking’ about mental health, you can start by ending this inaccessible phone contract. Otherwise, its clear to all of us that what you actually care about is profit.”

Bell told the Sun Online that the terms of its current contract were specified by the government in 2013.

They said: “The rates for operated assisted calls in Ontario correctional facilities are the same as Bells public rates. The contract expires in June and weve submitted a new proposal in response to the governments request.”

They added: “Millions of people in Canada and around the world joined in to support yesterdays record-setting Bell Lets Talk Day, including many notable supporters such as the Sussexes, Prime Minister Trudeau and other leaders and influencers.

Model Arabella Chi is single but unable to mingle as she shares lockdown bikini...

Hard-working Queen, 94, carries out engagements as Prince Philip, 99, rests in hospital after...