RARE photos of Harry and Meghan’s son Archie celebrating his birthday with his parents and grandma have appeared in the couple’s bombshell new Netflix show.

The show also released never-seen-before footage of youngster cradled in his mother’s arms in a touching moment.

In the adorable clip, in the first episode of the new show, the little prince smiles warmly as his mum holds him close to her.

The Duchess then playfully tosses the young boy into the air and catches him again, much to his delight.

Later on in the episode, a slightly older Archie is seen running cheerfully along a path at the couple’s home in Montecito, California as his baby sister Lilibet is pushed in her pram by Prince Harry.

On Twitter, Harry and Meghan talked about what they were hoping to achieve by releasing the controversial show, which came out today.

They wrote: “We are grateful to have the ability to share our love story through such an esteemed creative team and with the global reach of Netflix.

“We hope it helps others to heal, and to feel inspired.”

It comes after two explosive trailers for the show made seven bombshell revelations.

These included accusations of “fakery” due to the use of stock images to try and build a narrative of press intrusion and Prince Harry slamming the “hierarchy” of the royal family.

The first three episodes of Harry & Meghan dropped on Netflix at 8am this morning, with the couple vowing to reveal the “unprecedented” truth about life in the Firm.

A further three episodes are set to be released on December 15.

In one shock clip, the Duke and Duchess claimed they “weren’t allowed to tell our story” while working members of the royals.

Members of the Royal Family have thus far declined to comment to Netflix about the shock show.

The release has come as royal expert, Matt Wilkinson, has said that Prince William and Kate Middleton will refuse to watch the series.

The Prince and Princess of Wales, who have just returned from a three-day trip to Boston, US, had already swerved both trailers for the docuseries. 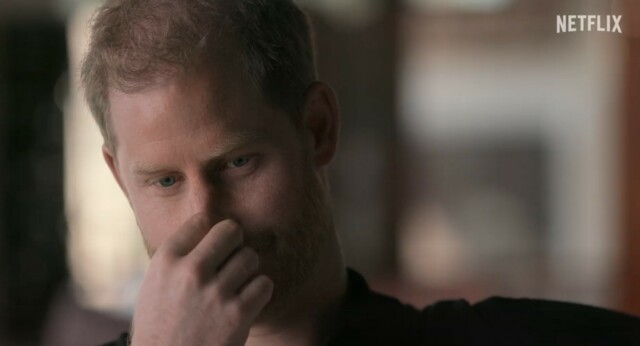 In a trailer for the show, Prince Harry slammed the ‘hierarchy’ of the Royal Family 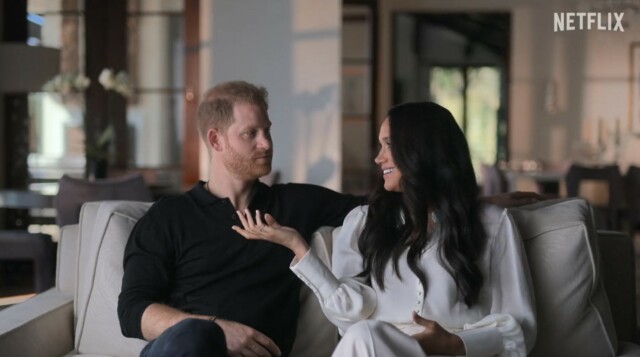 Royals have thus far refused to comment on their claims

The Crown ‘would have destroyed’ the Queen with its ‘vicious’ plot – Harry must...

Rapper Drake tops chart of most expensive celebrity homes to clean at £3,000 a...