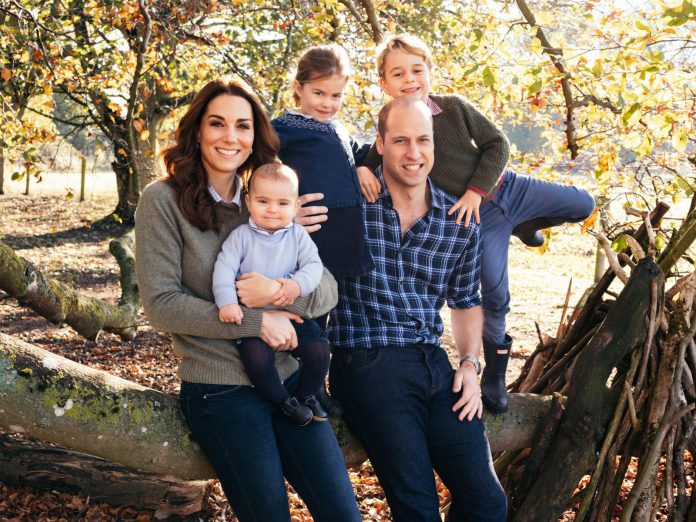 KATE Middleton and Prince William have stuck to regal names when it comes to their three children, George, Charlotte and Louis.

And this is no different when it comes to their middle names, with all three children given monikers previously belonging to royal family members including George who actually has his younger brothers name.

What are the Cambridge childrens middle names?

The Duke and Duchess of Cambridges eldest child Prince George was born on 22 July 2013, and his full name was announced two days later as George Alexander Louis of Cambridge.

The couples only daughter Princess Charlotte came along two years later on May 2 with her full name of Charlotte Elizabeth Diana of Cambridge, again two days after her birth.

Why does George have Louis as his middle name?

It may surprise royal fans to notice that Louiss first name is also his older brothers middle name but this is perfectly common in the royal family.

Prince Andrews full name is Andrew Albert Christian Edward, with Edward of course being the name of his younger brother.

Equally, royal men have been known to take their fathers moniker as their middle name with Charles taking Philip and Prince Harry taking Charles.

Traditionally members of the royal family like to pay homage to previous monarchs when naming their children.

For example Georges middle names of Alexander is thought to pay tribute to the Queen, whose middle name is Alexandra while Louis was a nod to Louis Mountbatten, the Duke of Edinburgh’s uncle.

It is also one of Prince Williams middle names.

Why is there so much repetition?

The nine men and boys descended from the Queen and Prince Philip share a total of 33 names, including four being Louis, three Charleses, three Philips, and three Arthurs

These names have also been shared out among the women with Charlotte coming from Charles, and Louis becoming Louise such as Lady Louise Windsor.

Royal fans may have been surprised at Prince Harry and Meghan Markles choice in moniker for their son as neither his first or middle name have been used previously in the royal family.

Archie, short for Archibald is of German origin while Harrison is an American name paying tribute to his mums heritage.

The couple are likely to have had more freedom with their name choice as Archie does not have a royal title and is seventh-in-line to the throne.

This is similar to Zara Tindall who chose the unconventional names of Mia and Lena for the two daughters she shares with husband Mike.

In other royal news, Denise Welch almost names a “prominent” royal who “had an affair” – but was told to keep quiet by Loose Women producers.

Plus The Crown star Olivia Colman has confirmed that Prince William doesn’t watch the Netflix drama.

Simon Cowell is back on his feet and has ‘taken some steps’ as recovers...

Ministers warned that a pandemic would lead to shortages in protection for doctors more...