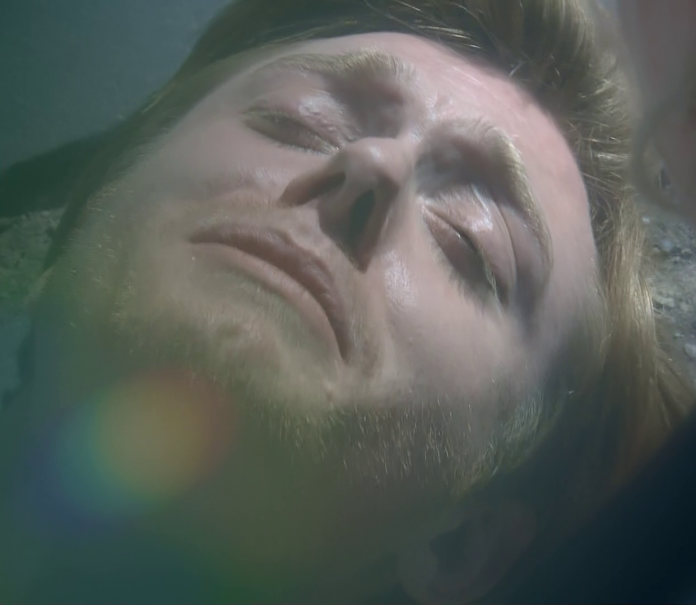 CORONATION Street viewers have broken down in tears after Daniel Osbourne hallucinated seeing her.

The grieving widower – who is played by actor Rob Mallard in the ITV soap – has been struggling to cope with life after Sinead’s death from cervical cancer earlier this year.

Tonight he was found sobbing on the floor with Bertie, having watched more of the videos Sinead recorded for them both.

His brother Peter and nephew Adam took him out for lunch to try to help him reenter the world and begin to live again for Bertie’s sake.

However, insteadof doing this Daniel decided to rely on booze and began to get drunk.

When tackled about his drinking he pretended to go to the toilet and instead snatched a bottle of wine from the bar and ran out, drinking in the street.

Chased by Bethany Platt who just wanted to help him, Daniel fled into the road and stumbled in front of Cathy’s car and ended up hit on the floor.

But as Bethany tried to see if he was OK, Daniel hallucinated that she was Sinead with her voice being heard out loud.

Sinead’s voice told him: “Daniel, Daniel can you hear me?

“Listen stay with me, stay with me OK. Are you OK, are you hurt? Everything’s going to be OK alright, do you hear me?”

Unable to realise it was Bethany he was talking to Daniel toldSinead: “I love you, I’ll always love you.”

It was enough to have viewers in floods of tears.

One wrote: “Wow, Daniel thought he was talking to Sinead, then slowly realised it was Bethany. Brilliant scene, and heartbreaking

A second said: “Awwwww Daniel thought it was Sinead talking

TikTok ‘as much of a threat’ to UK as Huawei over spying fears, warn...

Face masks in classrooms likely to be scrapped in just 9 days’ time, Education...