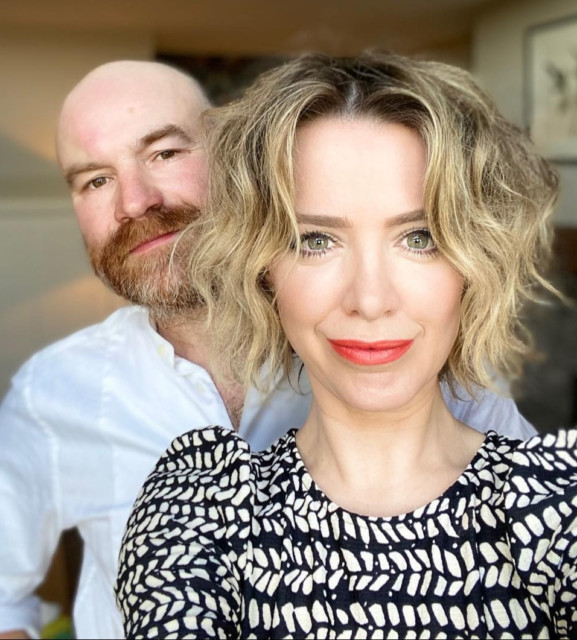 CORONATION Street real-life couple Sally Carman and Joe Duttine have been forced to put their wedding on hold.

The Abi Franklin star, 40, and Tim Metcalfe actor, 50, announced they were engaged in March last year.

The pair could not have forseen the restrictions that were to come with more than a year of lockdowns and strict limits of mass gatherings.

Speaking on Loose Women yesterday Sally explaining they they have decided to “defer” their big day for a year.

She explained: “I’m not quite sure where we’re gonna be in December, the way things have been dealt with so I didn’t want to risk arranging a wedding.

“We want to have a party – so if there’s 15 people allowed to come, it’s not great really. “So we thought that it was best if we defer it for a year, and hopefully get the wedding that we want.”

Sally announced their engagement last year posting a picture of her ring with the pair drinking champagne writing: “So this happened… Sally and Joe were pictured in August 2018 holding hands with HOAR confirming that they hit it off while filming Coronation Street in Manchester before going on a string of secret dates.

They had told colleagues about their budding relationship and were snapped holding hands at the soap’s summer party in the city’s Victoria Warehouse.

A telly source explained: “Both Joe and Sally had been single for a while and just met at the right time in their lives.

“Sally thinks Joe is a funny and caring guy and he’s really fallen for her, too. They’ve now told their castmates and everyone thinks it’s a match made in heaven.”

Town Star guide: How to get started in the play-to-earn crypto game