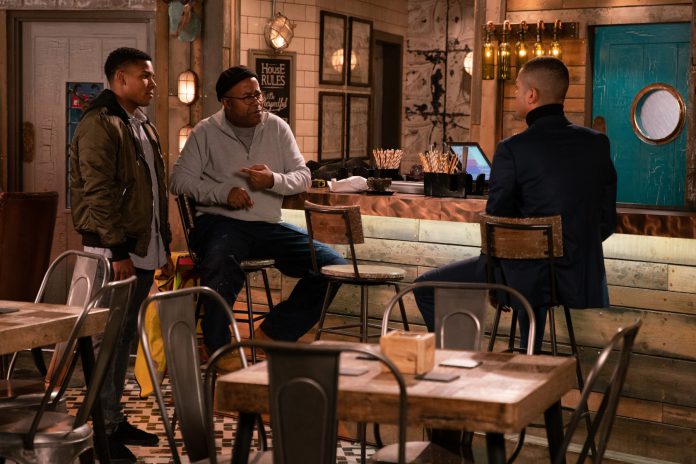 CORONATION Street’s James Bailey is going to have an awkward run in with his dad Ed’s gay pal.

The closeted footballer – who is played by actor Nathan Graham in the ITV soap – will be shocked when his dad introduces him to his old friend Danny.

As Ed sets about measuring up the Bistro for a refurb for Ray, hes thrilled to discover his old mate Danny is working there as temporary manager.

Danny reveals to Ed that since they last met, hes come out.

Later when James calls in the bistro and Ed introduces him to Danny it becomes clear it’s not the first time they have met.

The lads share an awkward hand shake in front of Ed who doesn’t seem to pick up on any tension.

Once Ed has gone Danny urges James to pluck up the courage and tell Ed that hes gay, convinced that his old friend is more open minded than James might think.

Will he pluck up the courage to come out to his father?

Back at home it seems Ed may not be as evolved as Danny thinks as Ed tells Aggie how his old mate Danny has declared himself gay.

What will Ed’s reaction be?

Britain’s Got Talent hit by more controversy after furious fans complain to Ofcom about...