THERE is drama on the Coronation Street cobbles to come as it appears a brand new love triangle is forming – but is it all as it seems?

Sean Tully will grow increasingly concerned in upcoming scenes when he thinks Todd Grimshaw has betrayed him by sneaking off with his ex Laurence.

Sean is forced to confront his ex

It all begins when Sean’s son Dylan tells Todd that ever since his father’s break-up with Laurence, he has not lest him alone and he is becoming increasingly frustrated at Sean getting on his nerves.

Taking this information into account, Todd does his best to try and bring Sean and Laurence back together.

He tells Sean that he should not give up on his former lover.

As such, it isn’t long before Sean leaves a striking voice message for Laurence.

Later, Laurence turns up drunk at the Rovers where he informs Todd about the message that Sean left for him.

Laurence then confides in Todd that he does really like Sean and would love the pair to work out.

In his drunken state, Todd advises that he go home and he helps to put Laurence into the back of a taxi, but there are eyes on Todd.

His mother, Eileen, sees Todd getting Laurence into the taxi but what exactly has she seen?

Todd is then forced to prove his innocence by affirming to Sean that there is nothing going on between him and his ex and he was simply helping him get home however this does not sit well with the barman who is disbelieving of what Todd is telling him.

Laurence soon arrives and is determined to talk things through with Sean and make them right but is left stunned when he is accused of getting with Todd behind Sean’s back.

Daisy is quick to tell Sean that what Todd is saying is true and that he was just helping him get home, Sean is gutted.

He is devastated to think that he has blown his final chance with Laurence.

What will happen between the pair next? 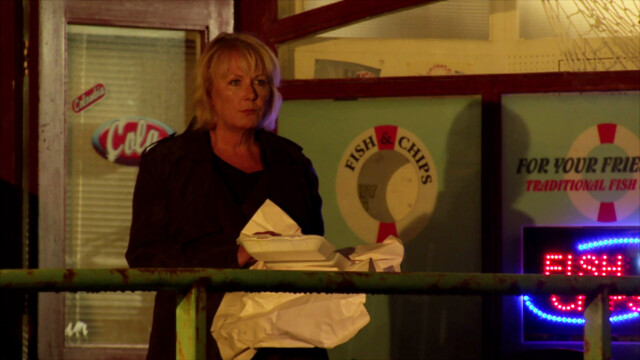 As Eileen steps out to get some food – what has she seen? 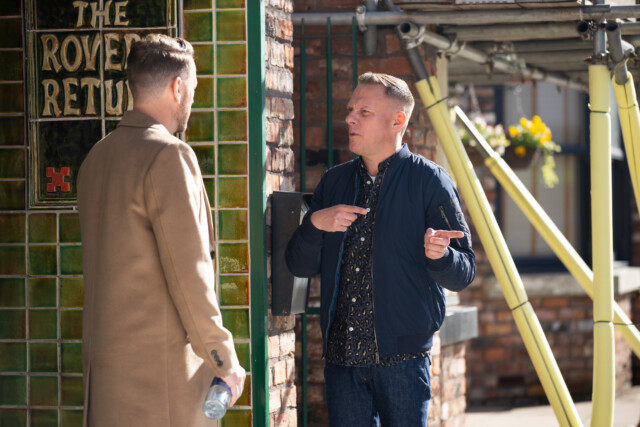 Sean is on the warpath

Coronation Street airs next week on Sunday, Monday, Tuesday and Wednesday on ITV.

Did you miss our previous article…
https://hellofaread.com/soap-opera/eastenders-sonia-and-janine-clash-in-albert-square-in-first-look-at-explosive-showdown/

Garish studio flat is miserable for £700-a-month – but it hides amazing surprise that...

Next Prime Minister to lose iconic British-made Jaguar and instead be driven around in...

Masked Dancer’s David Seaman reveals Arsenal legend worked out he was Post on the...

Molly-Mae Hague cuddles up to Tommy Fury in bed after he won boxing bout...